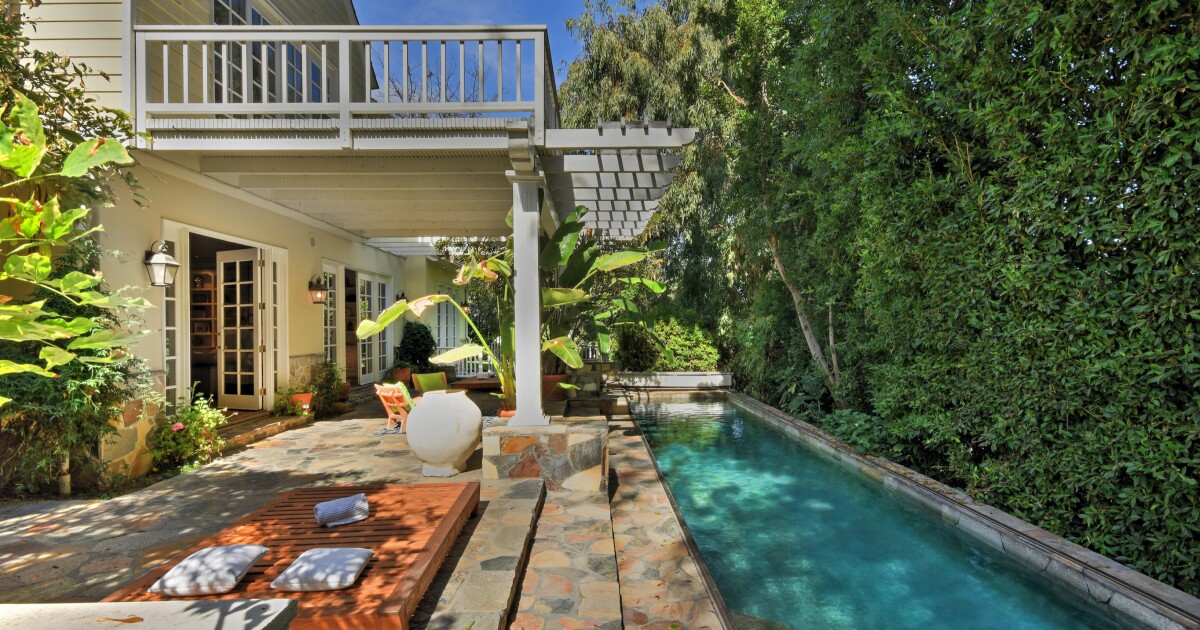 Kenny G, the legendary jazz saxophonist who ranks as one of the bestselling musical artists of all time, finally found a fan of his Studio City home. He just sold the place for $2.765 million, a bit shy of the $4 million he was asking in 2018.

The leafy farmhouse in Longridge Estates was never his main home; that’s found in Malibu, where he owns a bluff-top compound near Point Dume comprised of two properties that he purchased in 1998 and 2000 for a combined $15.5 million.

At half an acre, his Studio City retreat makes the most of its space with a main house and guesthouse that doubles as a soundproof recording studio under vaulted ceilings. A variety of water features fill out the grounds including a pond, waterfall, swimming pool and spa.

Flagstones cover the porch and continue into the foyer, descending to voluminous spaces with whitewashed beams and hardwood floors. A skylight brightens the kitchen, and a stacked stone fireplace runs floor to ceiling in the great room.

Upstairs, the primary suite includes a sitting area, fireplace, balcony, walk-in closet and sauna. It’s one of four bedrooms and three bathrooms in about 3,900 square feet.

The balcony overlooks the landscaped backyard, where a trellis-topped patio leads to a putting green.

Kenny G, whose full name is Kenneth Gorelick, has sold 75 million records over his decorated career dating back to the 1980s. The 64-year-old has released 17 studio albums, including 1986’s “Duotones” and won a Grammy in 1994 for his song “Forever in Love.”