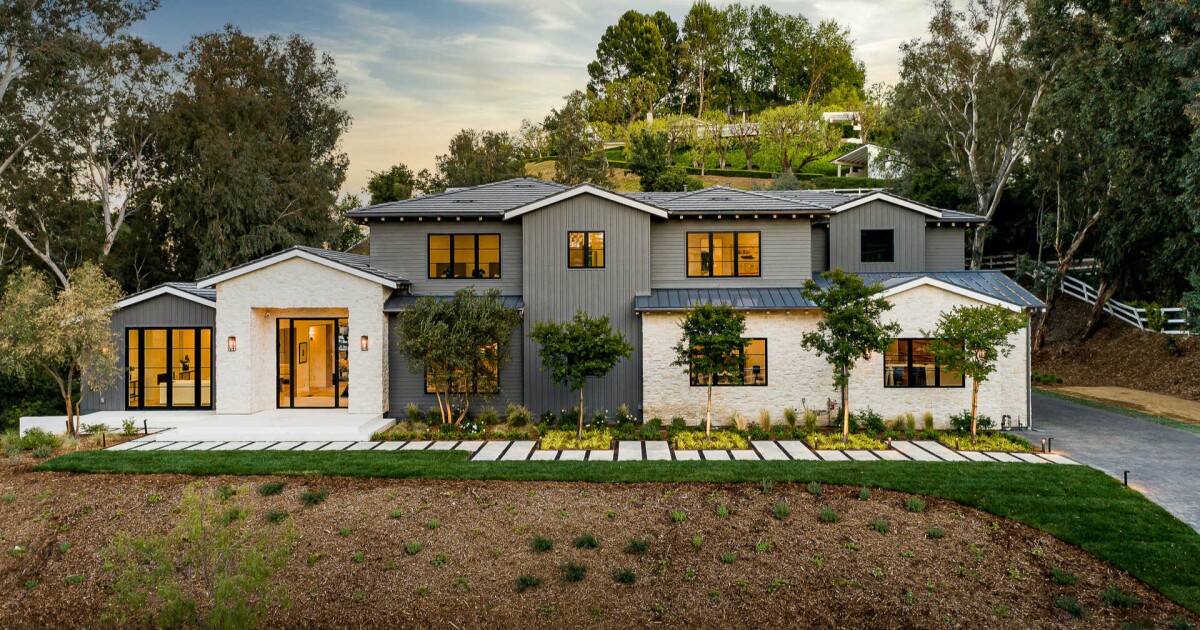 “Deal or No Deal” host Howie Mandel just hammered out a deal of his own, selling a newly built farmhouse in celebrity-favored Hidden Hills for $9.5 million.

Mandel and his wife, Terry, listed it for $10.5 million over the summer. The pair bought the property through a trust for $2.62 million in 2018 and got to work soon after, razing a humble single-story ranch and replacing it with a nearly 10,000-square-foot showplace loaded with amenities.

Finished earlier this year, the three-story mansion sits on 1.3 acres and draws the eye with a visually busy facade of gray panels and whitewashed stone. Inside, dramatic beams and floor-to-ceiling windows mark the open-concept living spaces.

A deck off the primary suite overlooks the backyard, and down below, a covered pavilion stretches out to the swimming pool and spa. At the far end of the property, there’s a dining gazebo with a fireplace.

Danielle Peretz of the Agency held the listing. Lee Mintz of Compass represented the buyer.

A native of Canada, Mandel appeared in the 1987 comedy film “Walk Like a Man” and the TV series “St. Elsewhere” before hosting the popular game show “Deal or No Deal.” In 2010, he joined “America’s Got Talent” as a judge.

The 64-year-old has made plenty of real estate deals in the last decade, selling his custom home in Malibu for $7 million in 2013 and picking up a property in Encino a year later. In 2016, he paid a combined $4 million for a pair of condos in Santa Monica.