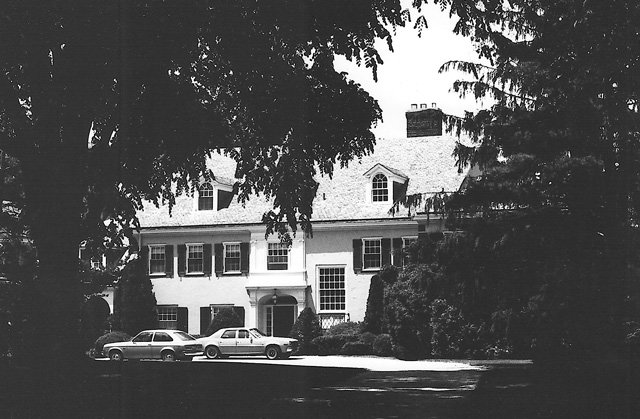 This week we head to Country Club Lane to explore three grand neighboring homes that were all completed in 1927, by two prestigious architects. Welcome to 381, 391, and 411 Country Club Lane.

Country Club Lane is located on the edge of the Country Club of Detroit, and is accessed via Moross, Lakeview Ave, and Country Club Drive. It is home to seven residences that were built between 1840 through to 1970. However, it is the three homes that are located on the west side of the road that we will be focusing on.

J. Ivan Dise designed two of the homes. The majority of Dise’s commissions in Grosse Pointe came, in the 1920’s and 1930’s, at a time when large homes were commonplace for wealthy clientele. During his career he worked on several significant projects including the Detroit Public Library and the Scott Memorial Fountain on Belle Isle. Aside from designing numerous residences in Grosse Pointe, Dise also designed the Grosse Pointe Farms sewage pumping station (located at Chalfonte Avenue and Kerby Road). Dise moved from New York to Detroit in 1919, to join the architectural firm of Albert Kahn, where he would work until 1922. Following his employment with Kahn, Dise set up his own firm. He created numerous civil and residential projects across Metro Detroit including: the Methodist Children’s village, the Boulevard Temple Building, and several Detroit Public School buildings. He also designed various residences in Grosse Pointe.

381 Country Club Lane
This sublime Tudor home is located on a large 100 x 158 sq ft lot. It is not clear how big the house was when it was completed; our records indicate it was extended in 1961, to create the 6,734 sq ft residence that exists today. The property, in an early listing, is described as a ‘very unusual and artistic house’.  As part of the listing, in 1971, we can confirm the residence featured a large entrance hall, a 20’ x 24’ sq ft living room (with fireplace), a 14’ x 16’ sq ft library, and a sizable 17’ x 27’ sq ft family room (with fireplace) that lead into the 18’ x 17’ sq ft dining room. The main floor also included the kitchen, butler’s pantry, and a wrapping room. The second floor contained six large bedrooms, four of which had fireplaces. The property also featured an apartment with a living room, bedroom, and a laundry room. 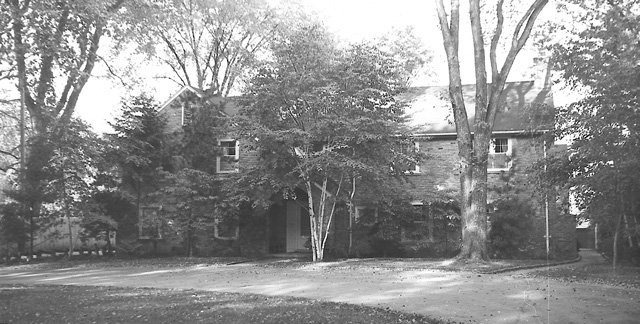 Charles Gilbert Waldo Jr. commissioned the property. His wife was Dorothy (Derby) Waldo and together they had a daughter Joanne. Ms. Joanne Waldo was involved in many social and civic organizations, volunteered at the Detroit Orthopedic Clinic, and conducted tours of historic churches in downtown Detroit. During World War II, she was a member of the WAVES (the United States Naval Reserve for women). She was also a pilot, traveler, philanthropist, and an active, involved member of the community. Source: Grosse Pointe News. In 1950, Joanne married John Nash Stewart.  The couple became the owners of 381 Country Club Lane and lived there for many years. They listed the property for sale in 1971, for $139,000 (around $893,000 today). Robert H. Adams purchased it. 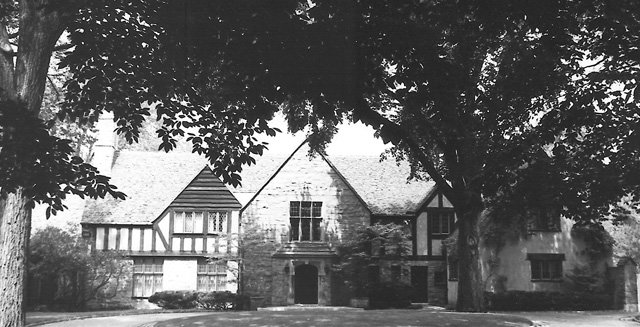 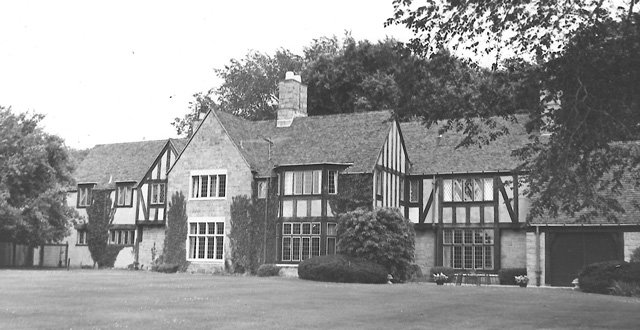 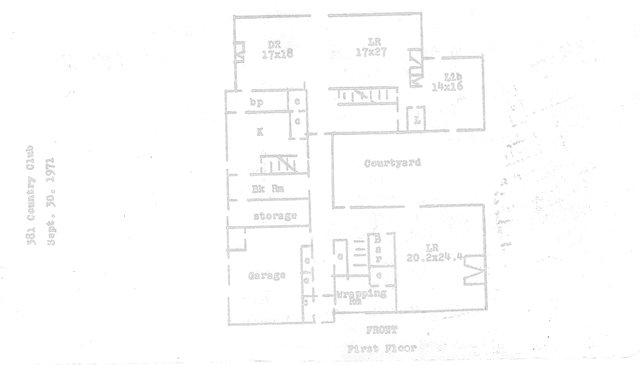 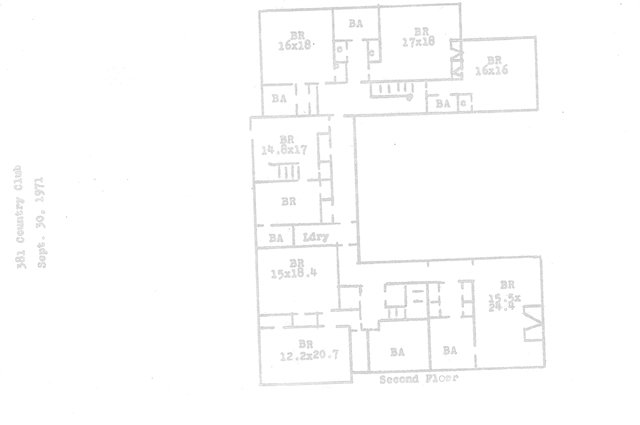 411 Country Club Lane
Renowned architect William B. Stratton designed 411 Country Club Lane for Mrs. Edward S Bennett. Located on a 146’ x 243’ sq ft lot the 8,682 sq ft Colonial style residence is a 3-story home. As with all Stratton houses the level of detail was second to none. The first floor featured a large library (19’ x 19’ sq ft), lovingly finished in walnut paneling. The huge living room (20’ x 31’ sq ft) contained one of the six fireplaces that are found throughout the property. The main floor also included a study (12’ x 15’ sq ft) a dining room (19’ x 19’ sq ft), a library (19’ x 19’ sq ft) along with the kitchen, a breakfast room, and a maid’s dining room. The eight-bedroom home (3-bedrooms were for maids) featured beautiful quarter-sawn oak floors throughout along with solid mahogany and walnut doors. The house also included a carriage house with two bedrooms. In 1954, the house was sold to Roy Chapin Jr., chairman and chief executive officer of American Motors Corporation (AMC). During his career Mr. Chapin was instrumental in introducing many successful lines of cars for American Motors Corp. including: the Gremlin, Hornet, and the Javelin. In recent years 411 Country Club Lane has undergone extensive renovations. 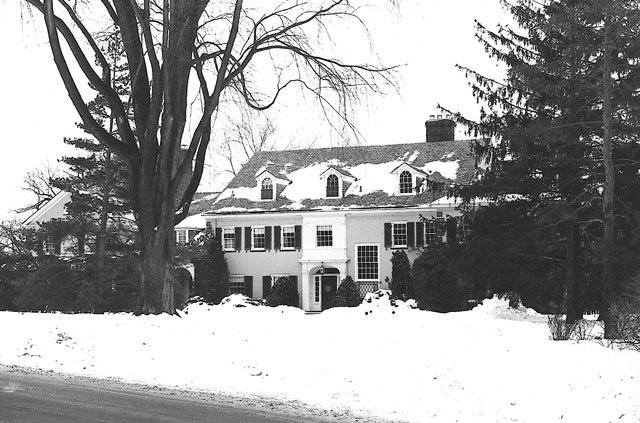 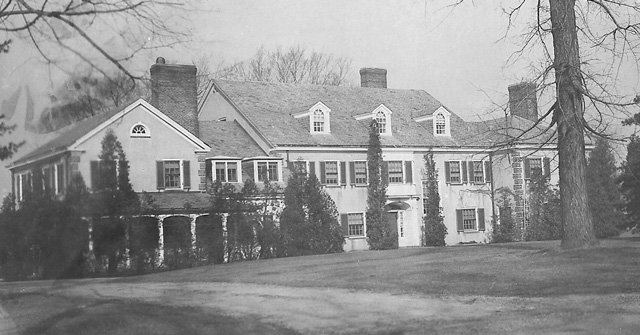 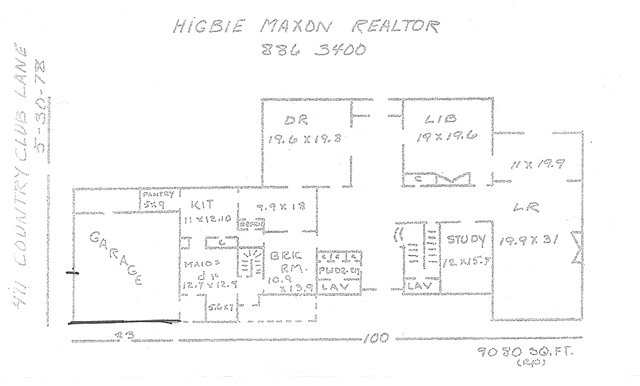 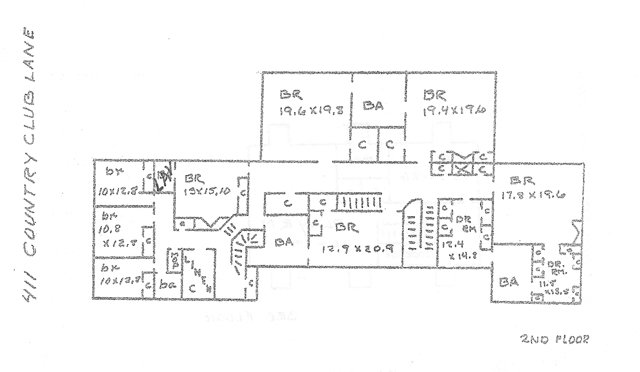 Country Club Lane is a significant street with many sublime properties. These three remarkable residences are particularly noteworthy; located on large lots, with prominent owners, having been designed by two of the more prestigious architects to work in Grosse Pointe (and Metro Detroit) during the 1920’s.

*Photos courtesy of the Higbie Maxon Agney archives unless stated.