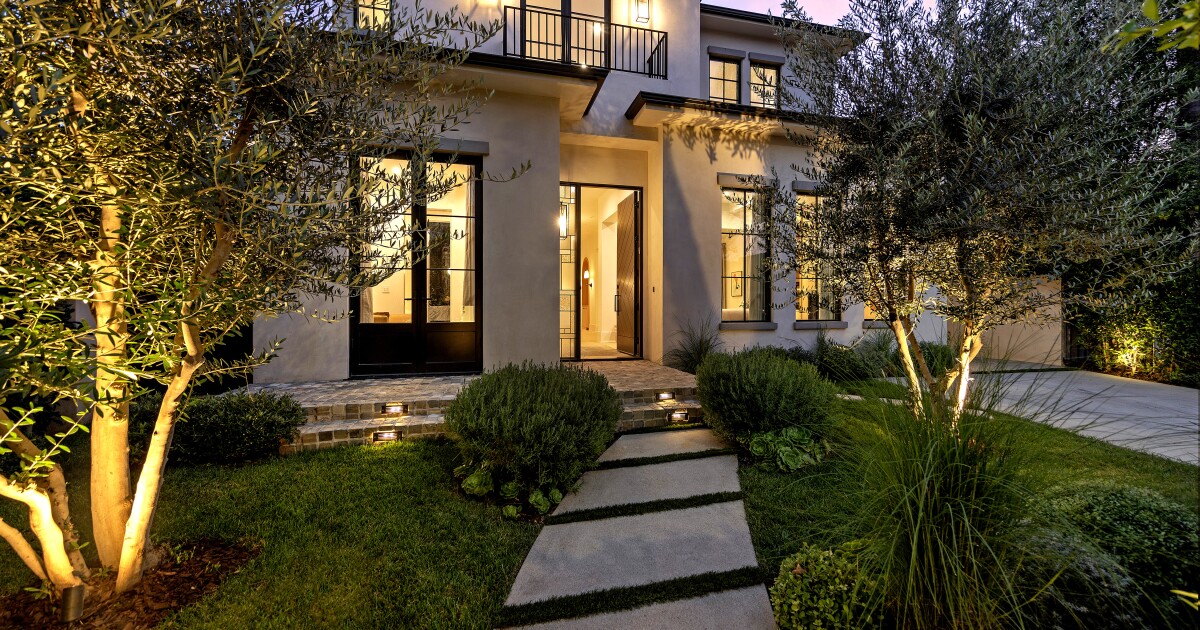 In an era of L.A. luxury real estate when spec houses languish on the market for years, the two best friends behind Mode MGMT are making things look surprisingly easy.

The relatively new development firm, founded by Eric Sousana and Oren Levy in 2018, just pulled off an impressive string of spec sales in Beverly Grove after building four properties along Drexel Avenue. (For those not up on the lingo, spec is short for speculative — a house built without a buyer already lined up.)

The first to hit the market, an eclectic two-story home with Spanish and contemporary vibes, just sold for the full asking price of $4.195 million.

“Less is more with that one,” said Sousana, noting its simplicity. “We went for contrast in colors with travertine against limestone and lots of earthy tones.”

The property makes the most of its space with a stylish main house, guesthouse, landscaped frontyard and backyard with a saltwater swimming pool, spa, bar, fire pit and covered patio with a TV.

The developers ended up with multiple offers in hand shortly after bringing it to market and took the best one.

But then, a client with a lower offer asked if they had anything else. The pair showed off the second home they were working on just down the street, even though it was a month away from completion, and sold it for more than the asking price.

A similar situation developed with the third home, when another client with a losing offer asked if they had any other projects. Even though it’s four months away from completion, a deal for the house is now in escrow.

“I’ve never seen anything like it where the reaction was so positive. One couple that made an offer had been looking for a home for over a year,” said Christina Collins of Hilton & Hyland, who held the listing and represented the buyer on the original home with David Parnes and James Harris of the Agency.

Levy said he was nervous starting the company, even though both he and Sousana were running their own construction firms before Mode MGMT. But once it snowballed with three offers in two weeks, he knew that the proof of concept was there.

They’ve received offers on the fourth home, he said, but they decided to bring that one to market.

“People started asking if we’d build homes for them personally, but we’ve respectfully declined,” Levy said. “We enjoy the process of building something for ourselves.”

So far, their guiding philosophy has been “anti-spec,” a term they said means avoiding cookie-cutter designs — and never setting budgets. As a result of the early success, they recently moved into an office in Beverly Hills and are in the process of expanding staff, which includes bringing on design coordinators. Next year, the goal is to purchase six properties and build up their portfolio to include homes across L.A. County.