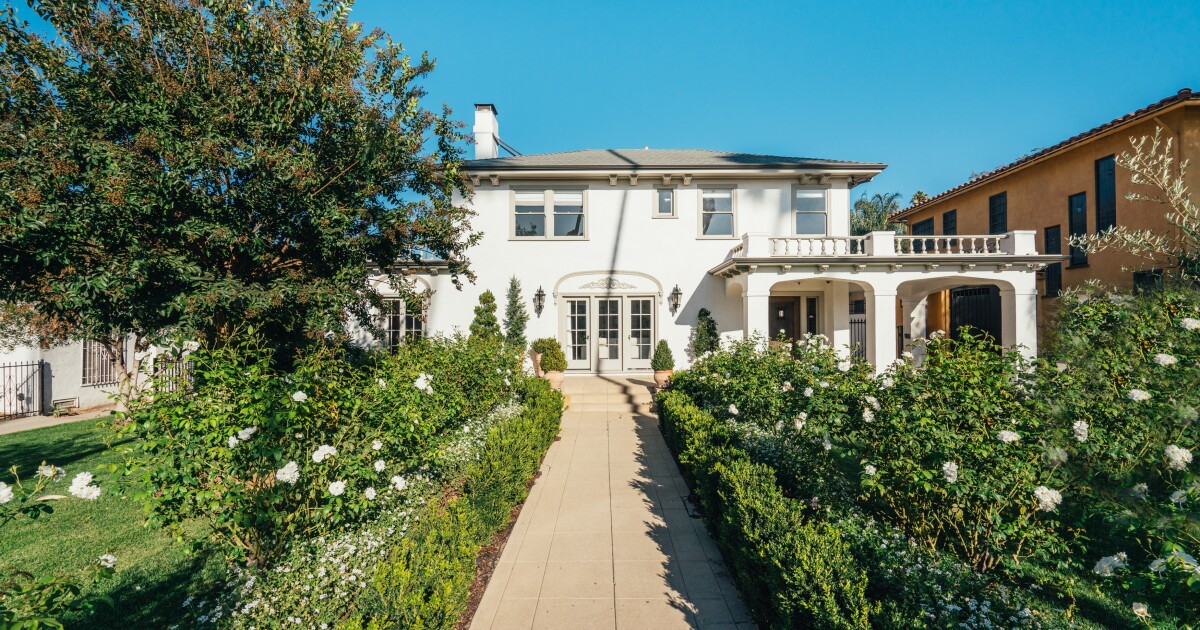 Yaitanes, an original investor in Twitter who has directed and produced shows such as “Prison Break,” “Lost” and “Grey’s Anatomy,” paid less than half of that — $952,500 — for the home in 2011, records show.

Nearly 100 years after it was built, the two-story spot has stayed in touch with its old-school elegance with paneled walls, ornate fireplaces, custom built-ins and crown molding across 3,282 square feet.

On the main level, a clean white living room adjoins a mint green dining room topped by a chandelier. The kitchen offers a more modern feel with marble backsplashes and updated appliances. Other spaces include a mud room and family room with a wet bar.

Four bedrooms and four bathrooms complete the floor plan, including an owner’s suite with a massive walk-in closet.

String lights hang over a dining patio and lawn with a fire pit out back, and rose bushes flank the walkway in front. In addition, the two-car garage has been converted into a stylish lounge with bold black ceilings and wood cabinetry.

Yaitanes, 50, has been active in television since the turn of the century. In 2008, he won an Emmy for his work on the media drama “House.”