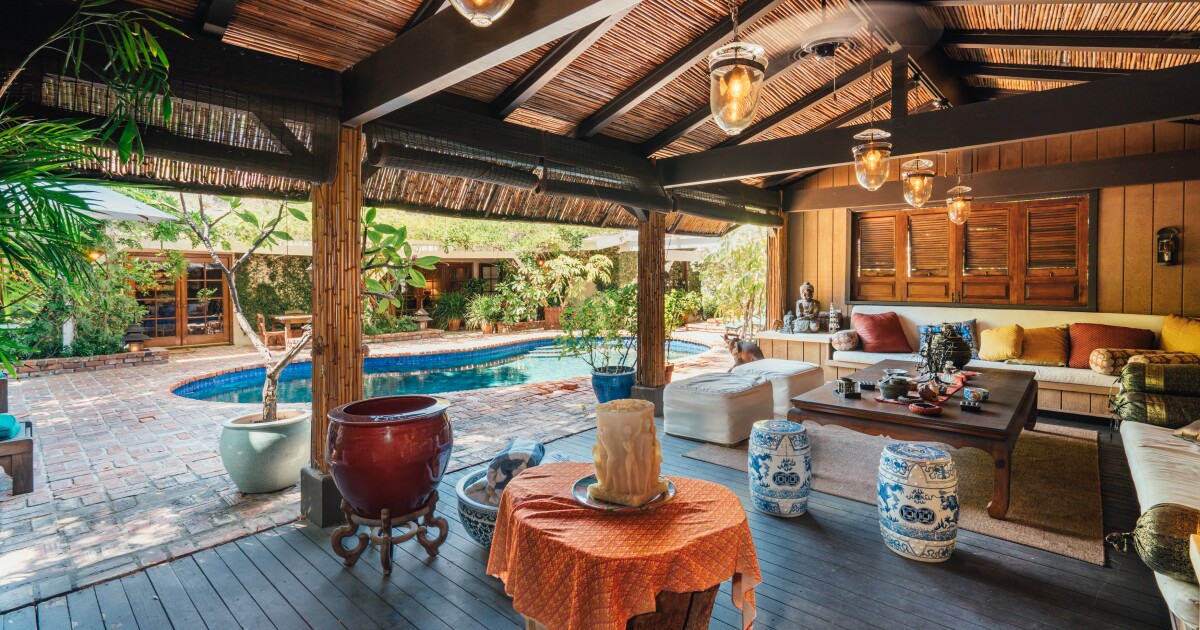 Giler, who’s best known for producing the “Alien” franchise, has owned the home since the early 1970s, records show. He first listed it for $2.195 million in August.

The house has its charms, boasting lattice windows and a design palette of wood, brick and tile across a single story. But the real highlight is found out back, where a massive patio made for entertaining is shrouded in landscaping.

Beamed ceilings top a living room inside, and other spaces include a country kitchen with blue tile and a billiards room with a wet bar and bay window. Three bedrooms and two bathrooms complete the 2,500-square-foot floor plan; the primary suite features a sauna, and the guest bedrooms open to a courtyard with a fountain.

In addition to the “Alien” films, Giler wrote the comedies “The Black Bird” and “Fun with Dick and Jane” and produced the 2012 Ridley Scott sci-fi horror flick “Prometheus.”