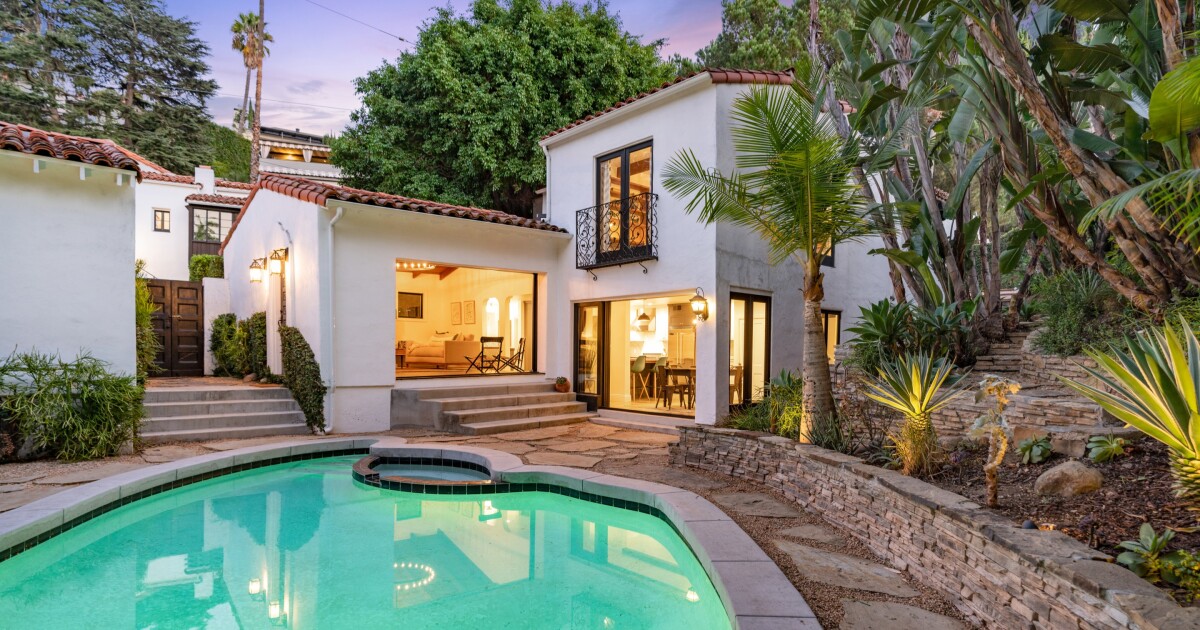 In the 1920s, a development sprung up in the Hollywood Hills known as Hollywoodland. The neighborhood boasted a crop of charming homes, as well as a massive sign to advertise the area that read Hollywoodland — which over the years has been repaired and refashioned into the world famous Hollywood sign.

The original model home for the famed Hollywoodland neighborhood just hit the market for $1.8 million.

Built in 1926, the Spanish-style abode has had only three owners over the last century. It currently belongs to actress Kathleen Robertson of “Beverly Hills, 90210” and her husband, film producer Chris Cowles.

Boasting a design palette of polished concrete, rustic hardwood and Saltillo tile, the home holds three bedrooms and 2.5 bathrooms in about 2,200 square feet. Dramatic beams hang over an indoor-outdoor living room, and the owner’s suite sits under a rounded rotunda-style ceiling.

An array of cacti, agave and timber bamboo touches up the private backyard, which adds a swimming pool, spa and fire pit with a fountain. A Juliet balcony surveys the space from above.

In addition to “Beverly Hills, 90210,” Robertson has appeared in the Canadian sitcom “Maniac Mansion” and the drama series “Boss” and “Murder in the First.” Records show she bought the home for $439,000 in 1998.