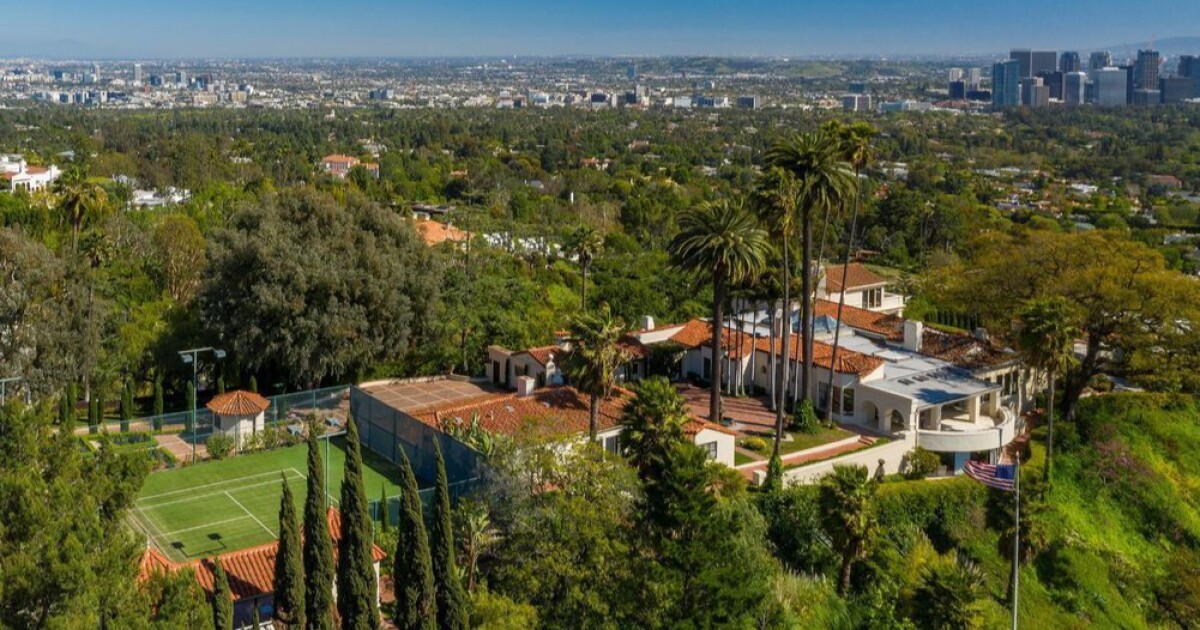 King James has a new castle. The Lakers star, who’s currently competing for an NBA championship in Florida, just bought a Mediterranean-style compound in the Beverly Hills Post Office area for $36.75 million, The Times has confirmed.

Spanning 2.5 acres, the property was sold by the estate of Lee Phillip Bell, the talk show host and “The Young and the Restless” co-creator who died earlier this year.

The mammoth deal marks an eastward move for James, who also owns a pair of homes in Brentwood: one that he bought for $21 million in 2017 and another that he picked up two years later for $23 million.

A series of structures and amenities fill out the secluded grounds including a Mediterranean-style home, two guesthouses, a screening room, swimming pool, pool house and tennis court. The scenic setting takes in sweeping views of the city below.

Approached by a hedge-lined driveway and palm-topped motor court, the primary residence spans 9,100 square feet with two bedroom suites and seven fireplaces. It was built in the 1930s but updated over the years during Bell’s ownership.

Dramatic skylights brighten a dining room with a fountain, and beamed ceilings top the office and indoor-outdoor living room. Out back, a flagstone courtyard with a fountain descends to the deep blue swimming pool with a diving board.

The property surfaced for sale at $39 million in April, marking the first time it’s been on the market since 1986, when Bell and her husband, fellow soap opera creator William J. Bell, bought it for $2.9 million. The Real Deal first reported that James was in contract to buy the estate in July, and the deal finally closed on Wednesday.

An MVP runner-up this year in his 17th season, James is considered one of the greatest basketball players of all time. A three-time NBA champion, four-time MVP and 16-time All-Star, the 35-year-old led the Miami Heat and Cleveland Cavaliers to NBA titles before signing with the Lakers in 2018.