Hemsworth brothers list their family pad for $4.9 million in Malibu 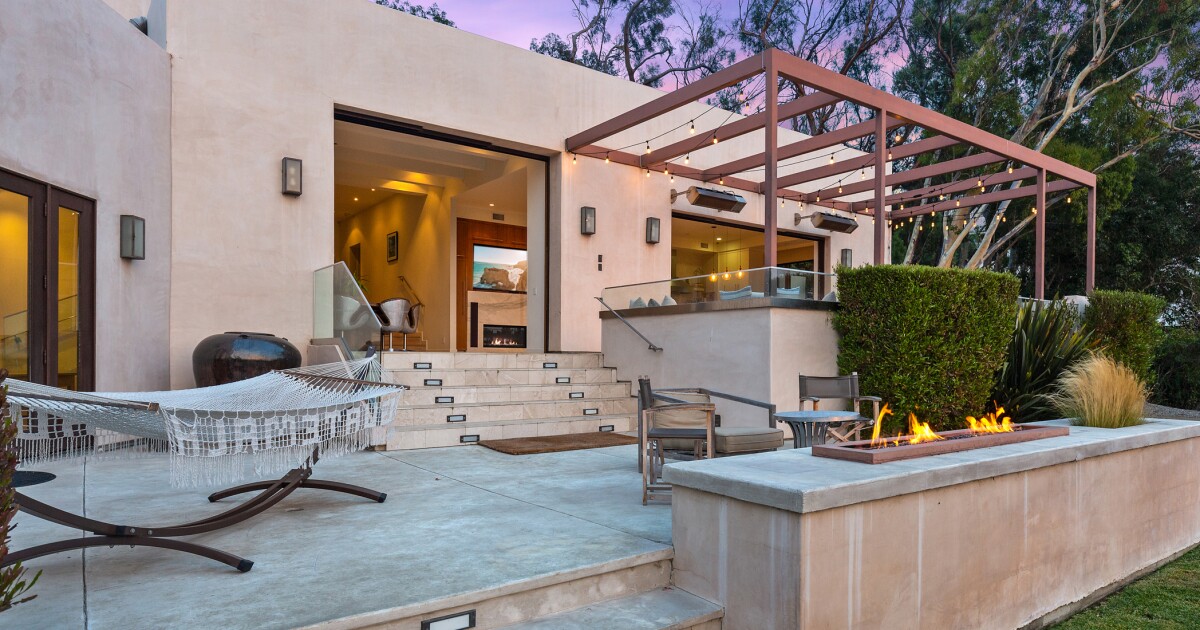 Chris, Liam and Luke Hemsworth are looking to shed the brotherly abode they share in Malibu, listing the sleek, scenic home for $4.9 million.

That’s $1.45 million more than they paid for the place using a trust four years ago, real estate records show.

The trio didn’t make many changes during their stay, as the 4,612-square-foot floor plan is still filled with polished concrete floors, warm wood accents and marble finishes. Drought-tolerant landscaping touches up the exterior, and the open floor plan expands to a scenic dining deck under string lights out back.

A sliding ladder navigates a wall of built-ins in one room, and another boasts a Big Buck Hunter arcade system. Elsewhere are four bedrooms, four bathrooms, a sunny chef’s kitchen and a wine cellar. A spacious media room is decked out with purple walls and carpet floors.

The back patio includes a sauna. Beyond that, tiered gardens descend down the hillside lot, leading to a grassy lawn with mountain views. The property covers 1.3 acres above Point Dume.

Eric Haskell of the Agency holds the listing.

Chris Hemsworth, 37, is best known for his role as Thor in the Marvel cinematic universe. His recent credits include this year’s Netflix film “Extraction” and last year’s “Men in Black: International.”

Liam Hemsworth, 30, gained fame for his role as Gale Hawthorne in “The Hunger Games” trilogy. This year, he appeared in the Quibi television series short “Most Dangerous Game” and the crime-thriller “Arkansas.”