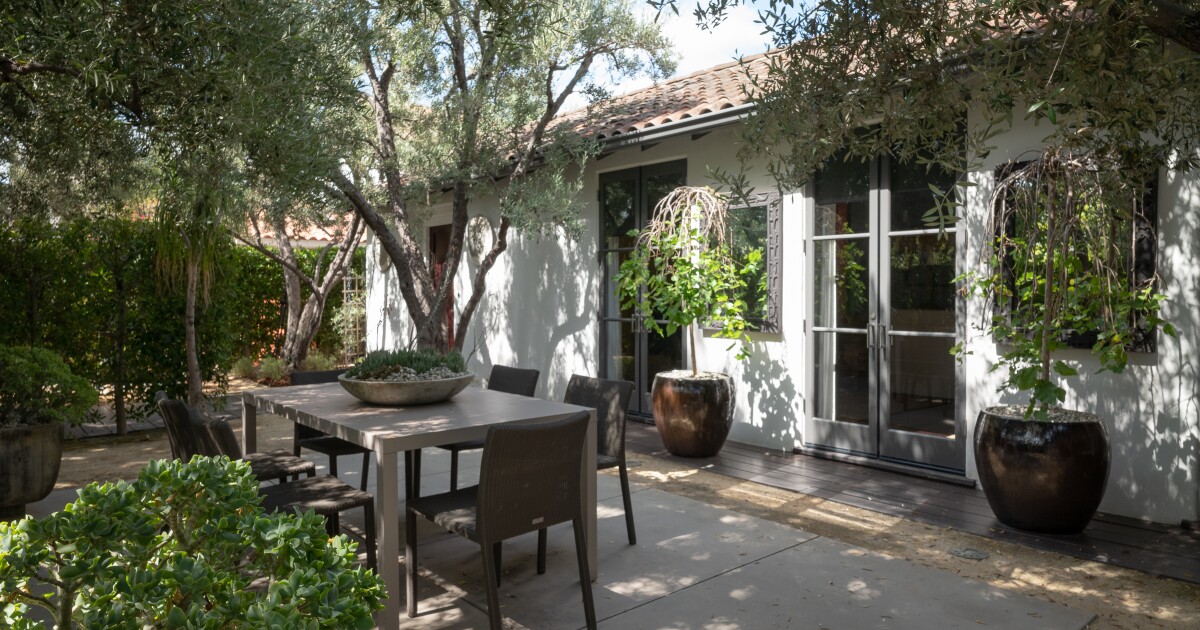 Screenwriter-producer Jhoni Marchinko and her partner, interior designer Antonia Hutt, have listed their longtime home in the Hollywood Hills for sale at $3.895 million.

Hedged and gated from the street, the 1920s Spanish-style house was reimagined by Hutt as a spa-like setting. Features include a traditional Norwegian sauna, an outdoor rain shower and a 45-foot saltwater lap pool. Draped cabanas, fountains and an outdoor dining area shaded by olive trees further the experience.

Inside the single-story house are an updated kitchen, a living room with a fireplace, a dining room, two bedrooms and 2.5 bathrooms. Custom backlighting makes the rooms stand out — especially at night.

Marchinko has writing credits that include such sitcoms as “Murphy Brown,” “Will & Grace” and “2 Broke Girls.” More recently, she was an executive producer for Netflix’s “AJ and the Queen.”

Hutt owned an antique shop on Melrose Place in the late ‘80s before studying interior architecture at UCLA. Her design firm is based in Los Angeles.