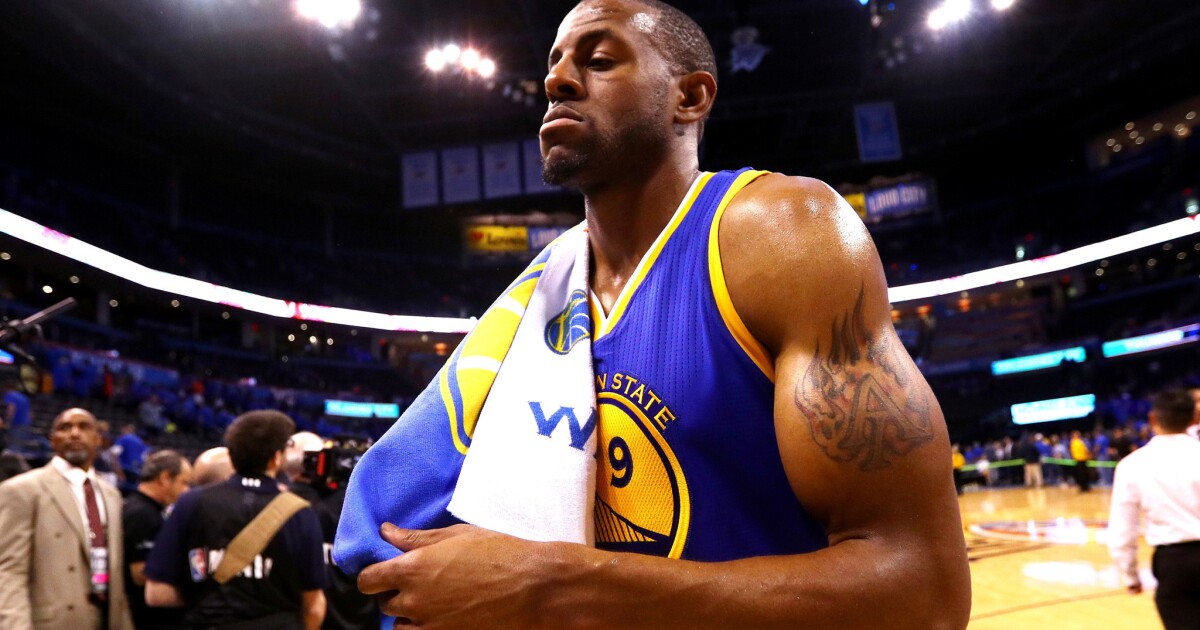 As the NBA looks to restart action in Orlando, Miami Heat wing Andre Iguodala is looking to handle some business across the country. His home near Oakland, Calif., has come up for sale at $3.898 million, records show.

Located in Lafayette, the Mediterranean-inspired house was designed by architect Ken Hertel and completed in 2004. Recently updated, the more than 5,700-square-foot home features a sweeping staircase in the entry, beamed ceilings, arched windows and an outdoor living room. Dual islands anchor the kitchen, which flows directly into the family room. There are five bedrooms and 4.5 bathrooms.

The nearly half-acre site includes a putting green, a sports court and a swimming pool with a spa. Lawn and landscaping fill out the property, which is gated from the street.

The 36-year-old guard-forward has been on the move since last summer when the Warriors dealt him to the Grizzlies in a cash-saving move. The onetime all-star was later acquired midseason by Miami after not playing a game for Memphis.

As part of the multi-player deal, he signed a two-year, $30-million extension with the Heat.