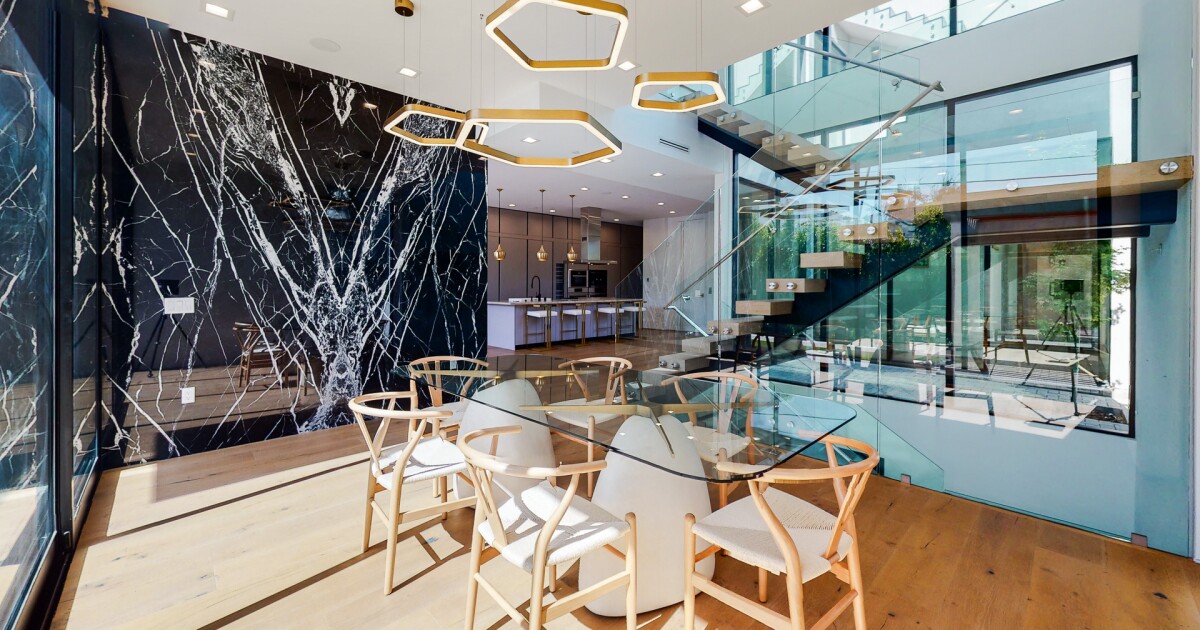 Film and television producer Bob Yari, whose credits include the Kevin Costner-led show “Yellowstone,” has put a contemporary home in the Beverly Grove neighborhood back up for sale at $4.695 million.

Tucked behind modern fencing, the polished showplace had been offered for sale or lease earlier this year at $21,000 a month or $4.495 million, respectively.

Built in 2009, the multilevel house draws the eye with its stone and marble elements and gold accents. Some 6,000 square feet of open-plan living space contains a chef’s kitchen with imported countertops, formal living and dining rooms, five bedrooms and seven bathrooms.

Walls of glass look onto the swimming pool and cabana.  (Nicholas Property Group)

The lower basement level holds a glass-enclosed wine cellar and a wet bar. An elevator and a floating glass staircase connect each floor.

Outdoor amenities include a saltwater swimming pool and a cabana. A rooftop deck with a spa takes in panoramic city views.

Yari acquired the property through a limited liability company in 2016 for $1.199 million, records show.

Yari produced the 2004 crime-thriller “Crash,” which won three Academy Awards including one for best picture. Last year, he produced the thriller “Above Suspicion,” which starred “Game of Thrones” actress Emilia Clarke. He also directed and produced the 2015 biographical film “Papa Hemingway in Cuba.”