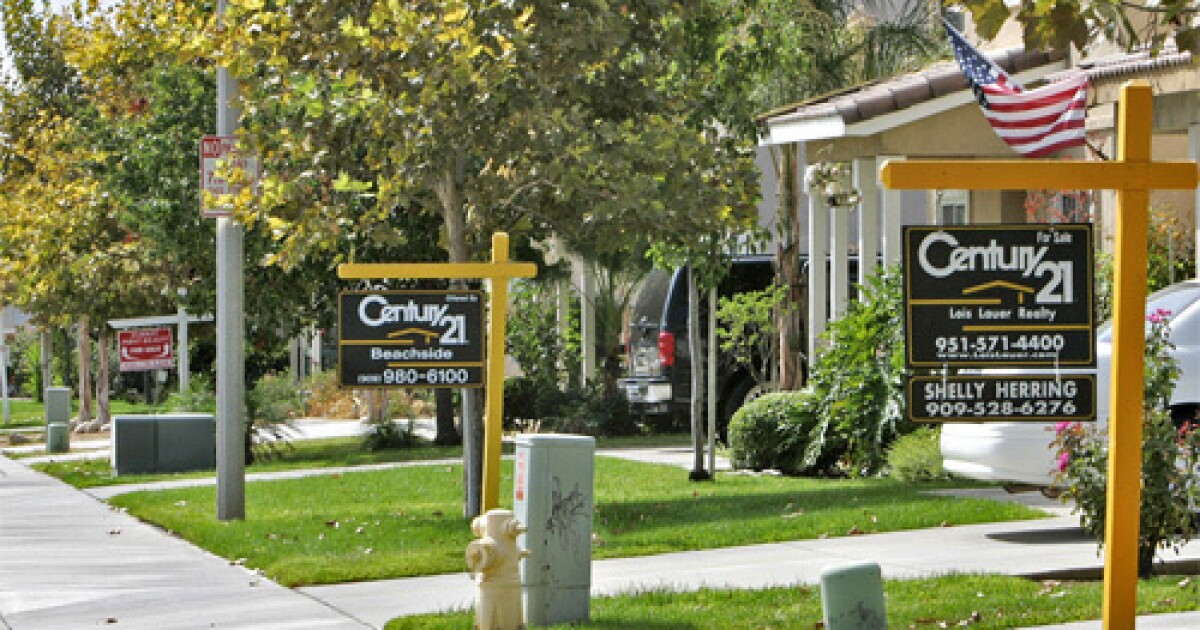 Illustrating the chilling effects the coronavirus crisis has had on the housing market, data released Tuesday show Southern California home sales fell 26.6% in April compared with a month earlier, while year-over-year sales were down 31.5%.

The data from DQNews reflects residential transactions that closed last month, meaning many opened escrow just before or in the wake of the stay-at-home restrictions placed on Californians in March.

Aspects of the real estate industry were deemed essential by California leaders, but with restrictions that more or less killed the traditional open house.

Sales were down across the board in April, with the pandemic disrupting and negating many deals in escrow, but home prices continued to see marginal gains from a year earlier:

Fear of the unknown has driven many would-be sellers to hit the pause button on prospective deals, while mortgage credit has tightened despite historically low interest rates. So-called jumbo mortgages — loans greater than $765,600 — have evaporated because of lenders’ concerns over the severity and duration of the COVID-19 outbreak.

The high-end market, particularly in Los Angeles County, has been a different story. The pandemic has done little to slow sales north of $5 million in L.A. County. Although inventory is down, buyers are taking advantage of the current market (and low interest rates) and utilize private banks that prioritize big spenders to do so.

San Bernardino County continued to see an uptick in new home transactions, with 249 sales in April, up 41.5% from the same month the previous year (176). The county had 323 new home sales in March. New homes sales in San Diego County (235) were up 8.3% year-over-year.

Overall, condominium sales across the Southland were down 31.7% from March and 35.5% from the previous year. The median sales price for condos, however, increased 5.6% year-over-year, including a 13.2% increase in Riverside County.

Both Orange and San Diego counties held steady with peak median sale prices of $755,000 and $594,500, respectively, the same as the previous month.