Vexed by New York Prices, a Renter Tests His Budget in Connecticut. Which of These Homes Would You Choose? 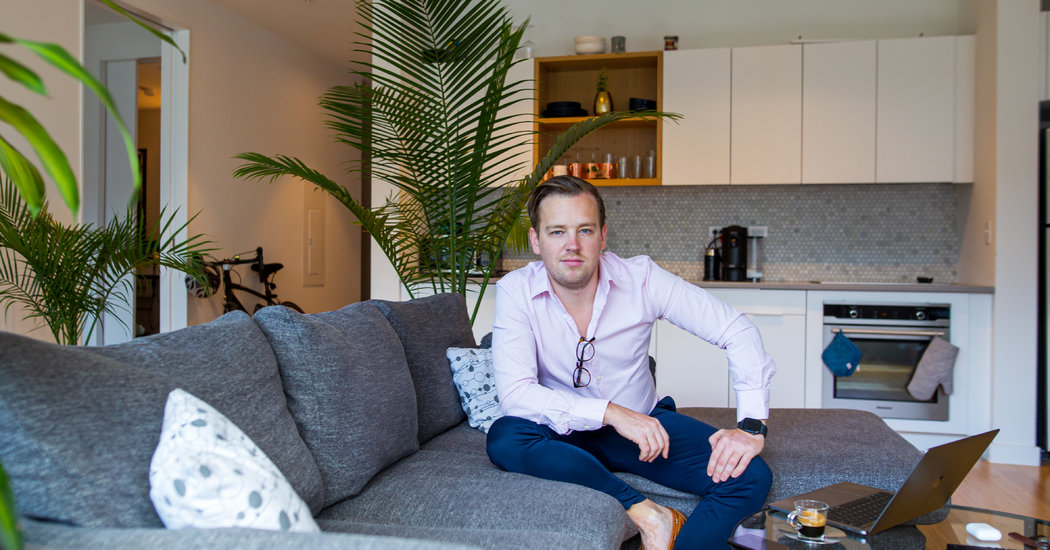 Growing up in Warwickshire, England, Alex Rawlinson loved summer camp so much that he became a counselor, and later spent a lot of time at camps in America.

“It was a nice summer escape, especially during college,” he said.

After graduating from Leeds Beckett University, he worked in marketing in Sydney, Australia, and London. But summer camp beckoned.

Mr. Rawlinson, 29, moved to the United States two years ago, and now works in sales and marketing for a group of camps based in Litchfield County, in northwestern Connecticut.

“It’s cliched,” he said of his camp work. “But it’s super-rewarding.”

[Did you recently buy or rent a home in the New York metro area? We want to hear from you. Email: [email protected]]

He decided not to live in the rural area near the camps, figuring he would have no social life. And Hartford, Conn., didn’t appeal.

“New York was my original goal, but I saw the legwork around it,” Mr. Rawlinson said. He discovered that any apartment he could afford in the city would be small and lack a washer and dryer. Also, he needed a car for work, and parking was scarce.

So he chose Stamford, a city of about 130,000 on the Long Island Sound, and rented a two-bedroom there with a roommate.

“We found each other on Craigslist, which is sketchy at times, but it worked out,” Mr. Rawlinson said. The two became friends, each paying $1,800 a month, with free parking.

When the lease expired last fall, his roommate moved in with a girlfriend. And “it was time to find something bigger and better,” said Mr. Rawlinson, who had been promoted at work. “I was looking for fresh and clean.”

He was happy to remain in Stamford, a walkable city, but wanted a building with more amenities.

For a budget of up to $3,500, he was hoping to find a two-bedroom big enough to have guests from back home, so they wouldn’t have to stay in Airbnbs.

Certain features, he found, are standard in Stamford’s newer rental buildings — dishwashers, washer-dryers, gyms, pools, common spaces, outdoor grills — as is some form of parking, either covered or uncovered, assigned or unassigned, free or paid.

But “parking was a problem with a lot of the buildings — not that you couldn’t get parking, but the lack of good parking,” Mr. Rawlinson said.

Find out what happened next by answering these two questions: