Service workers could end up spending less of their income on rent with federal relief than before the coronavirus pandemic hit the United States (Credit: Photo by Getty Images)

Black and latinx households are at heightened risk of housing insecurity from coronavirus-related layoffs, according to a new analysis from Zillow.

The online real estate company examined unemployment data maintained by the Department of Labor and demographic data collected by the Census Bureau to break down the pandemic’s economic impact by race, industry and location.

Layoffs in these industries, coupled with nonwhite households tending to have bigger rent burdens in general, puts those households at higher risk of housing insecurity than their white counterparts, according to the report. In Washington, D.C., for example, Latino households spend nearly a third of their income on rent, but white households only spend a bit more than a fifth of theirs.

Zillow also found that income from the federal legislation, known as the CARES Act, could help keep black and Latino households above water temporarily and in some cases actually improve their pre-pandemic household budgets.

In fact, the analysis also revealed that the aid package would reduce the rent burden for food and arts workers across the board, regardless of race. Congress supplemented unemployment benefits by $600 per week through July 31, effectively raising incomes for many workers who were laid off from low-wage jobs.

The Zillow report’s author notes that the analysis rests on the assumption that federal relief comes on time for all households. So far, it has not.

Moreover, unemployment is only one indicator of financial distress. Many households will experience a loss of income related to wage and hour cuts, according to a recent analysis of Census Current Population Survey data. 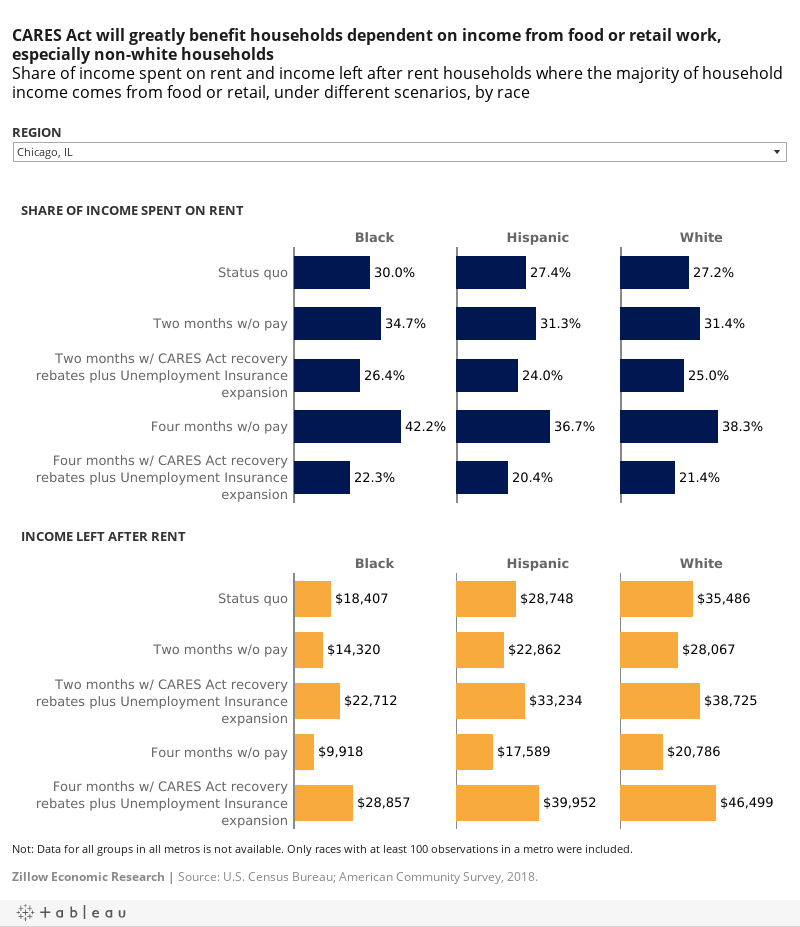 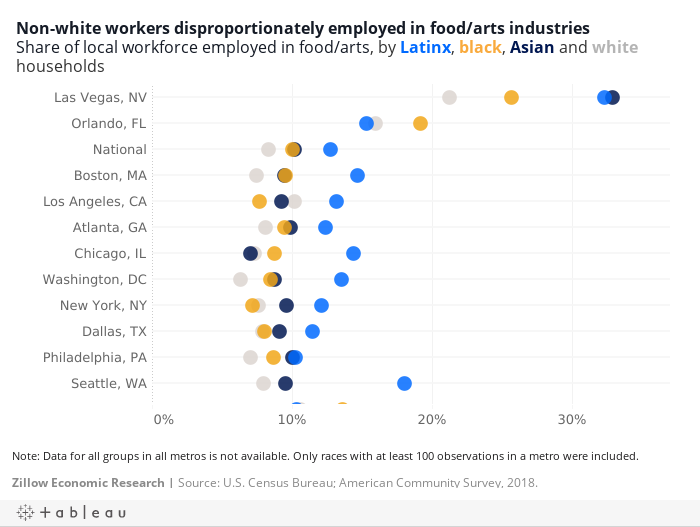