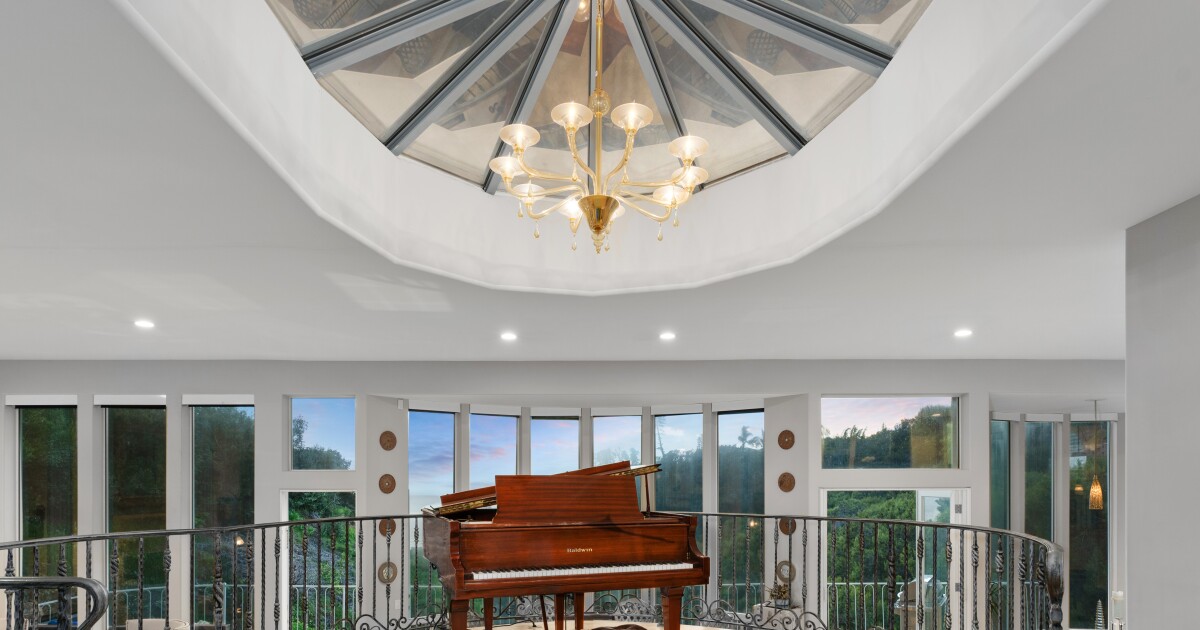 In La Jolla’s coveted Muirlands area, an ocean-view home once owned by former NFL defensive star La’Roi Glover is for sale at $3.65 million.

Glover, now an assistant with the L.A. Chargers, owned the house for about six years before selling it in 2007 for $2.625 million, records show. Since then, the property has changed hands twice, selling in 2008 and 2014 for $2.9 million and $2.6 million, respectively.

Nestled into a small canyon, the three-story contemporary features terraces on two floors and a lower patio with a swimming pool, cabana and fire pit. Inside, walls of floor-to-ceiling windows are centered toward canyon and ocean views.

The 5,420 square feet of updated living space contains a step-down living room, an updated kitchen, a theater, billiards room and wine cellar. A new elevator services each floor. Five bedrooms and 4.5 bathrooms include a studio apartment with a separate entrance.

Glover, 42, starred at Point Loma High School and San Diego State. The former defensive tackle appeared in 193 games in 13 seasons with the Raiders, Saints, Cowboys and Rams. A six-time Pro Bowler, he led the NFL in sacks in 2000 with 17.

He joined the Chargers last year as an assistant defensive line coach.