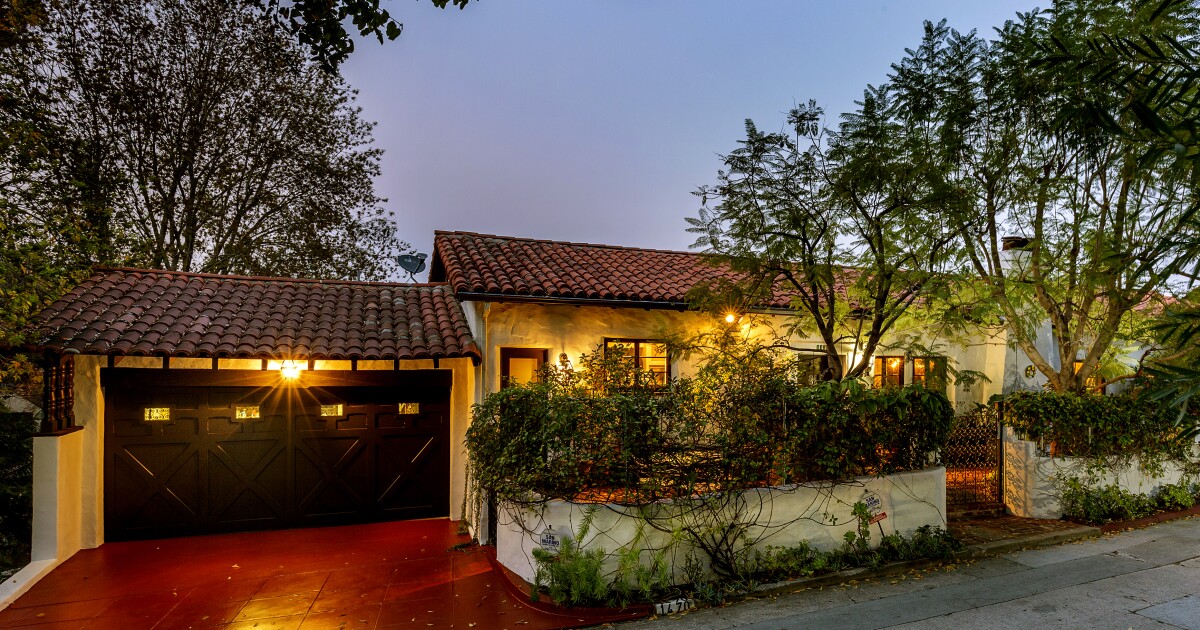 Tucked into the hills of southwest Pasadena is the 45-home Poppy Peak neighborhood, named for its highest point and the flowers that grew wild there.

The land was purchased in 1924 by developer William Carr, who mapped out the residential lots and built his own home. The Roaring ‘20s were well underway, Calvin Coolidge was president and a first-class stamp cost 2 cents.

An early Carr neighbor built this Spanish Colonial in 1929. Stylistically, it is somewhat of a rarity among the historic district’s defining Modernist houses, designed by architects including Richard Neutra and Lyman Ennis, that sprang up from the 1930s through the 1960s.

The restored and updated multistory home is walled and gated at the street with a front-facing garage. The new garage door is an exact replica of the original.

A gated garden patio with an outdoor fireplace leads to the front door. Inside, the 2,856 square feet of living space features vintage architectural details such as interior archways, wood-beamed ceilings and wood floors. Balconies and banks of windows bring in views of the San Gabriel Mountains.

Among the living spaces are an open living room, a sunroom/office, a formal dining room, an updated kitchen, a butler’s pantry, a wine cellar, an artist’s studio/gym, four bedrooms and four bathrooms.

The lower level has additional entrances, a second kitchen, a utility room and storage.

The asking price for 1470 Poppy Peak Drive, Pasadena, is $1.65 million. Maureen Erbe and Henry Blackman of Deasy Penner Podley are the listing agents.