For Answers To The Housing Shortage, Look To The Sky 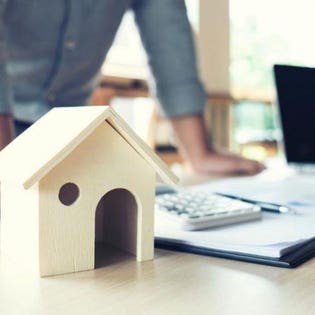 Here in the U.S., we have a dire need for housing for a very varied population. We have a homeless problem, a housing affordability problem, livability concerns and desirability issues. To solve them, I propose that we look to the sky.

Look up at the clear skies above you now — that’s your building area. Sophisticated property owners have long coveted what are called air rights, which grant permission to create new density by building upward. It’s more easing of the current planning to meet housing or other needs. An overlay of what already exists, so to speak.

Now, some would say, “Why not build somewhere else? There is a lot of unused land, I can see it.” That is true. But that land may not be useful for a host of reasons. People mostly need all of the same things, i.e., transportation, places to work, services, healthcare, entertainment. To get this in one place, you need a concentration of those services and needs. You need cities.

In an analysis of densification, researchers in March 2019 wrote, “Due to significant population and economic growth, urbanization has occurred around the world at unprecedented rates in recent decades. In response to these trends, UN-Habitat has identified planned city infill, redevelopment and densification as three critical areas to focus its global urban development agenda. According to the research of UN-Habitat, most cities in the world have forfeited agglomeration benefits and instead have generated sprawl, congestion and fragmentation over the last two decades. The unstructured nature of urbanization presents great difficulties for developing prudent land use policies by city planning offices.”

What does this have to do with real estate in my city?

Government planners, like many other professions, have organizations that they or their departments belong to where they discuss the trade. A great deal of planning for your city is based on UN designs. The designs are based on a view that what may generally work can be applied globally. But if all real estate is local and planning affects local matters, what gives? While these plans filter down to your local level, the forums where they are discussed are usually within regional planning agencies that cities, counties and states belong to.

If the density is going to be applied on any significant level locally, we need to bring in the requisite stakeholders. Anyone who owns property within an area where major dense development is planned should also be able to apply this land rush for their gain, pursuant to their air rights.

Let’s say I own a building across the street from a development that has all the touchstones of modern planning. There’s also a run-of-the-mill residential property down the street owned by someone else. Perhaps that owner could create more rental space, if only they had been factored in during the planning process. Let’s look at our real local planning needs and start with the basics.

If you as a property owner want to investigate whether your property could see a density increase, go to your local building and safety or planning department and ask to see the general plan they have for the next 10, 20 or 30 years. This will give you a lay of the land for the future. Ask about the potential to apply density to your particular parcel(s).

As the cities are crying out for more housing, air rights provide an opportunity to give it to them. This is where possibility lies. And perhaps it will begin to make a dent in this most urgent concern of affordable housing.