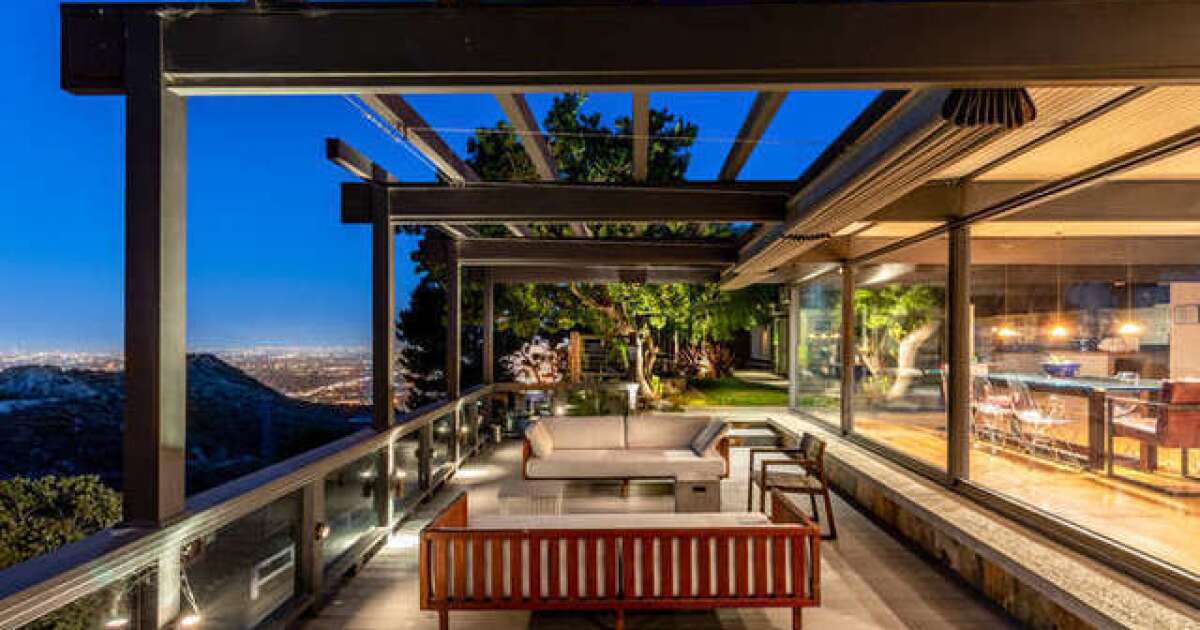 A Hollywood Hills compound once owned by tough-guy actor Steve McQueen and horror filmmaker Wes Craven has sold for $4,242,500.

The MidCentury Modern post-and-beam house was designed by acclaimed architects Buff & Hensman and built in 1958. The gated property sits on a knoll and takes in mountain, canyon and city views. A garden with a fountain marks the entry.

Walls of glass frame the open-plan design of 3,594 square feet of living space. Ceiling beams carry throughout the main living areas. The kitchen features a center island and stainless-steel appliances. The living room and master bedroom have fireplaces.

There are four bedrooms and four bathrooms in the main house and another bedroom and bath in the detached guesthouse, set beside the saltwater swimming pool with a spa.

McQueen, who died in 1980 at 50, is known for such films as “The Magnificent Seven,” “The Great Escape” and “The Thomas Crown Affair.” He was nominated for a best actor Oscar for the movie “The Sand Pebbles.”

Craven, who died in 2015 at 76, made such memorable films as “A Nightmare on Elm Street” and the “Scream” series. He was so successful in the slasher genre that he became known as a “master of horror.”

Kira Gould of Compass was the listing agent, and Stephen Apelian of Coldwell Banker Residential Brokerage represented the buyer.