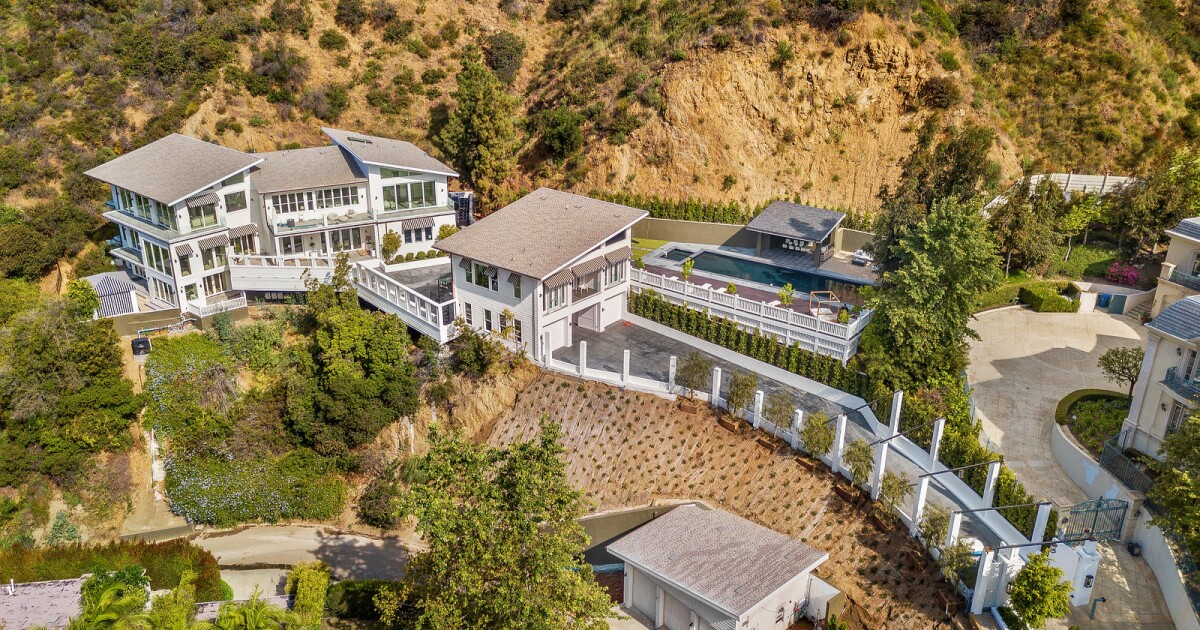 Hip-hop star Tyga is getting a taste of the Westside. The Grammy-nominated artist has inked a deal to lease a hillside mansion in Bel-Air for $58,000 a month, records show.

The scenic estate — which is still available for purchase at $12.88 million — expands horizontally across the foothills of the Santa Monica Mountains. Set on two acres, the property holds a roughly 13,000-square-foot home, a 1,200-square-foot guesthouse and a 70-foot swimming pool.

Aerial view of the home.  (Compass)

Tall ceilings ranging between 12 and 18 feet top the common spaces. There’s a living room with a wall of built-ins, as well as an open-concept kitchen with a marble backsplash.

The master suite is massive, featuring dual bathrooms and a lounge under sloping ceilings. Five sets of sliding glass doors open outside. In total, there are six bedrooms and eight bathrooms across a combined 14,586 square feet.

The estate sits about four miles from the Beverly Hills Post Office home of Tyga’s ex, Kylie Jenner, who bought her place last year with rapper Travis Scott for $13.45 million.

A native of Compton, Tyga has released seven studio albums since 2008, including this year’s “Legendary.” As an actor, he appeared in the films “Dope,” “Barbershop: Next Cut” and “Once Upon a Time in Venice.”