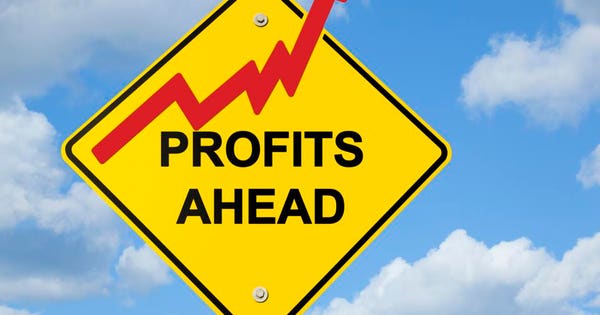 As a REIT analyst, it’s part of my job to screen for the highest-quality REITs and the widest margin of safety. That’s no easy task, because these days most of the highest quality names are trading at expensive valuation levels.

Take Realty Income (O) for example, the dominant net lease REIT that has an A-rated balance sheet and an extraordinarily low cost of capital. Based on fundamentals, this REIT is one of the highest-quality companies in our coverage spectrum, but shares are far from cheap – trading at +22% above our fair value price.

Another blue-chip worth noting is W.P. Carey (WPC), a global net lease REIT with an impressive divided record and exceptional returns to shareholders. However, like Realty Income, W.P. Carey is priced for perfection, also ~22% above our fair value price.

Our screening mechanism is based on fundamental research and this means that we seek to own REITs with the most durable sources of earnings and dividends. Today I would like to highlight four high-yielding REITs that could provide above average price appreciation.

Whenever we recommend a stock as a “strong buy” we believe that there’s potential for the shares to return at least 25 percent over the next twelve months. Keep in mind, total return consists of the dividend yield and price appreciation.

Tanger Outlets (SKT) is now yielding 8.7% with a P/FFO multiple of 13.7x. We believe the company is mispriced because the market views the company as a mall REIT with department store exposure. However, upon closer examination, Tanger has zero department stores and has maintained occupancy of at least 95% since it was a public company (over 26 years). The dividend is well covered, with a best in class payout ratio of around 60%. Tanger maintains modest leverage and has keeps ample liquidity (around $100 million in free cash flow annually) to release spaces when tenants close.

Simon Property Group (SPG) is now yielding 5.60% with a P/FFO multiple of 20.9x. We consider Simon – “pound for pound” – one of the very best blue-chip buys in the REIT sector.  The company has a fortress balance sheet ($6.8 billion of liquidity) that allows it to generate impressive investment spreads, the company has a $1.7 billion redevelopment pipeline that it’s planning to complete by 2021 that’s expected to generate 8% returns on investment. So, the lower the share price goes, the faster FFO/share grows, courtesy of improved lease spreads and ever more profitable buybacks. Show me another S&P 500 A-rated REIT that’s yielding 5.6% right now (with an impressive payout ratio of just 69%).

Iron Mountain (IRM) is now yielding 7.30% with a P/FFO multiple of 14.8x. We believe the market has mispriced shares in this “trusted storage brand” based on the fact that the business model is a lot more durable than “box storage”’. It’s true that Iron Mountain’s core business is storage (82% of profits), but the company has begun to pivot into other categories such as digitization and data center storage. While the balance sheet is not investment grade (BB- by S&P), the highly diversified revenue stream (230,000 customers in 53 countries on six continents) mitigates tenant default risk and provides synergies across the company’s multiple platforms. Obviously, we aren’t buying into the “paper is dying tomorrow” pitch as we believe that argument is as foolish as the “retail Apocalypse” story.

VICI Properties (VICI) is now yielding 5.14% with a P/FFO multiple of 14.9x. A few days ago I wrote a Forbes article explaining that the recently announced acquisition of The Bellagio by The Blackstone Group (BX) “could serve as a tipping point” in which “the U.S. gaming sector could see cap-rate compression, with this transaction being the validation that could drive valuation.” I went on to explain that in 2020 VICI is “forecasted to generate around $1.2 billion of net operating income. By utilizing a 6% cap rate (Bellagio is at 5.75%), it could be valued at $20 billion. After debt of roughly $6 billion… that translates into an equity valuation of $14 billion. Divide that by 500 million shares, and VICI could fetch $28 per share.” We believe VICI is well-positioned to become the dominant gaming consolidator and we could see shares returning 25% in the next twelve months.