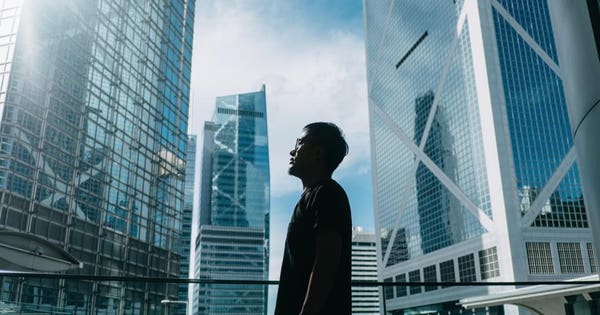 Did you ever see the TV show Revolution?

But it did have a very interesting (though perhaps unoriginal) premise.

The show ran from 2012-2014 around the idea that the world’s power grid had crashed, leaving first anarchy, then tribalism. Neither of which, of course, were good.

There are certain things modern society needs – or at least intensely relies on – in order to flourish, much less survive. And yes, the power grid is one of them.

Can you imagine how much life would change without it?

No Smartphones: No Smarts?

We can make all the comments we want about people being attached to their smartphones for the most ridiculous reasons.

Obviously, those kinds of connections are not necessities – no matter how much our kids or grandkids (or we ourselves?) might argue otherwise. And even when it comes to some of the more crucial capabilities we take for granted today, there’s no doubt some people would survive the initial chaos of a power grid crash, as Revolution portrayed.

A lot of people wouldn’t. Perhaps even most people wouldn’t. But humanity as a whole can be very adaptive, as history has shown time and again. So some of us would no doubt figure out how to revert to basic living without:

The list goes on from there, since so many modern-day “stuff” is reliant on those top three mentions, especially: electricity, easily available communication, and easily available transportation.

For the world to keep spinning the way we know it to, those factors are mission-critical. Therefore, they’re worth some extra effort to protect, maintain, and advance.

That’s why they’re worth some extra profit as well when it comes to investing.

Fortunately, we’re not living in an NBC-aired dystopia. So we can happily continue to easily access everything we do these days.

Personally, I’m all for that. I wouldn’t want it any other way – with one caveat. That we don’t take these elements for granted.

I’m not trying to merely moralize in saying that. There’s profit to be made in recognizing what we’ve got going for us. This profit potential includes aspects of the real estate investment trust, or REIT, sector.

As you may or may not know, there are well over a dozen different types of REITs right now. What started out as a small, one-size-fits-all kind of category has since expanded incredibly.

We’ve got office REITs, which own office buildings of various size and structures for businesses to rent out. Then there’s industrial REITs, which serve as warehouses and distribution centers. And, of course, mall REITs, shopping center REITs, apartment REITs, hotel REITs, and self-storage REITs all abound as well.

Those aren’t the kinds of REITs I’m talking about today though since they’re not “mission critical” components of society. They’re great to have, mind you, providing individual jobs and economic growth alike as they fill spots in society that make our lives easier.

But we don’t actually need them, certainly not to the expansive degree we’re seeing these days. (That much is evidenced by the retail store closures we’re seeing every other day.) And not compared to such structures and spaces as hospitals and healthcare-related facilities.

The same goes for infrastructure REITs. Just because they provide room for our wireless infrastructure, telecommunications, and energy output that social media relies on is no reason to knock them.

Governments, businesses, and individuals alike rely on them as well to do a whole host of important activities.

CorEnery Infrastructure (COR) is an infrastructure REIT that invests in critical-mission midstream and downstream real estate assets within the U.S. energy sector. The company’s revenue stream is resilient and is protected by the company’s long-term triple net participating leases with energy companies. We upgraded CorEnergy to a strong buy in 2018 and we have been pleased with the performance (+26.5% YTD). The company has ample liquidity to acquire new assets (has $60 million in cash and $120 million on the revolver) and shares are now trading at 14.5x P/AFFO, around 28% higher than the normal range (of 10.4x). We are maintaining a HOLD given the price runup: Year-to-Date Total Return: +26.5%

Corporate Office Properties (OFC) is a REIT that invests in properties that serve U.S. government agencies and defense contractors engaged in defense information technology and national security-related activities. This is a very strategic niche, and one in which tenants are generally focused on knowledge-based activities such as cybersecurity, R&D, and other highly technical defense and security areas. Corporate Office has a strategic tenant niche that provides real estate solutions serving a specialized cyber-based platform. The defense installations (or government demand drivers) where COPT’s tenants operate are R&D, high-tech knowledge-based centers, NOT weapons or troops-related. Shares have bounced back year-to-date, returning 39.5%. We have downgraded shares to a HOLD (on valuation) and we recommend waiting on a pullback. Year-to-Date Total Return: +39.5%.

Easterly Government (DEA) is a REIT that focuses on investing in U.S. government buildings leased to U.S. government agencies through the General Services Administration. Most of the company’s office buildings are considered mission-critical and the portfolio is spread across office buildings (71%) courthouse/office (5%), lab (9%), VA Outpatient (10%) or others (5%). Easterly has an attractive dividend yield of 5.2% and analysts forecasts earnings (or FFO) growth of 4-5% in 2020. Many of the buildings are specialty-designed for agencies like the FBI, IRS, and DEA – making the mission-critical components a big value proposition for the company. We maintain a BUY rating.

CorCivic (CXW) is a prison REIT that has become a highly volatile stock as result of political pressures and uncertainty within the private prison industry. Several of the REIT’s banks have withdrawn from the industry after being harshly criticized in a congressional hearing about the treatment of immigrant children in detention centers operated under contracts with the federal government.  A number of banks, including Bank of America, JPMorgan Chase and Wells Fargo have attempted to address the uncertainty by limiting exposure to the private prison sector. Recognizing that this sector is sensitive, given its highly political attributes, shares have become cheap – now yielding 9.9%. There’s little question that prisons are mission-critical, but given the volatility, we are maintain a speculative strong buy recommendation.