VA loans helped them grow—even during the recession.

Fast forward to 2009. Chris was a Bronze Star recipient back from a tour of duty in Iraq. He has left the Army and is working for a software firm in Hawaii. Nichole is pregnant with their first child, so it was time for them to look for a bigger place to live.

There was one problem. The Great Recession had hit two years earlier, and housing prices had collapsed. It wasn’t a great time to sell, so they wanted to hang on to their condo and rent it out, but they weren’t in a position to both keep it and make a down payment. Once again, a VA loan saved the day, even though Chris was now a civilian. Veterans can get VA loans after they leave the service. It’s a benefit they keep for the rest of their lives.

They bought a 1,400-square-foot house in Waipahu, an area of Honolulu, for $575,000, with no money down. And instead of selling the condo and taking a loss, they refinanced it with a traditional lender and turned it into a rental property. “We had to refinance with a regular lender to stay under the VA lending limit with the house,” he says. 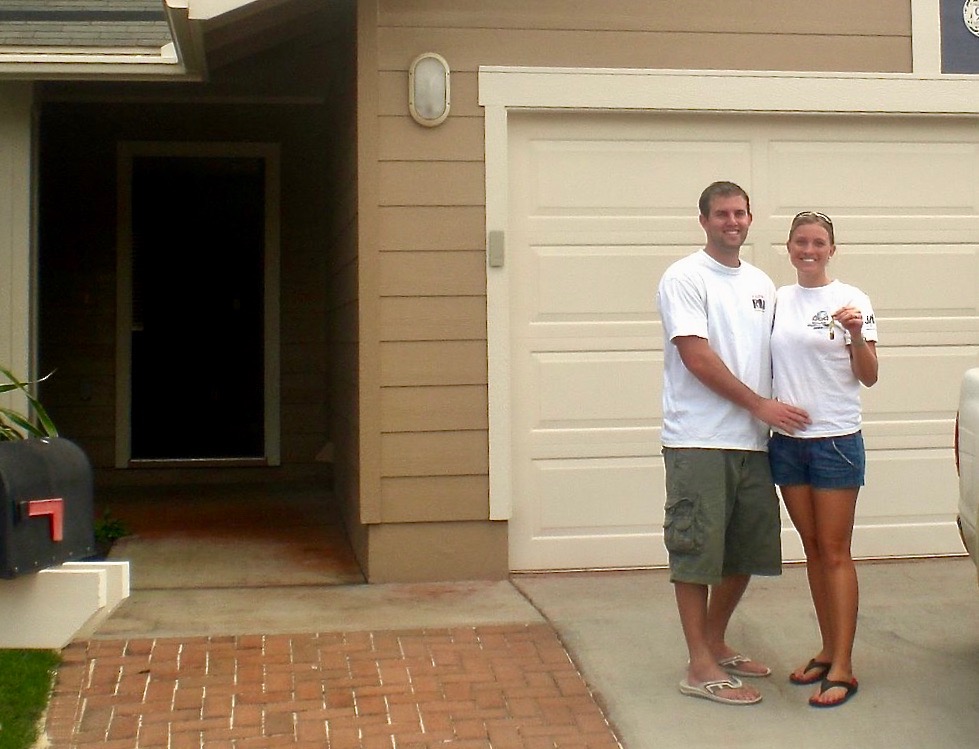 Chris and Nichole celebrate their second home with their first child on the way.

Two years later, in 2011, his job took him to the East Coast, where they decided to rent. They also rented out their house in Hawaii, along with their condo because it still wasn’t a good market for sellers.

“We owed $25,000 more for the house than we could sell it for, and we would have agent fees on top of that,” Chris says. “We definitely didn’t have the cash at that point to make up the difference.”

More Than Half of Redfin Offers Faced Bidding Wars for Second Consecutive Month in June
July 10, 2020

The Pros and Cons of Buying a House with a Septic Tank
July 9, 2020