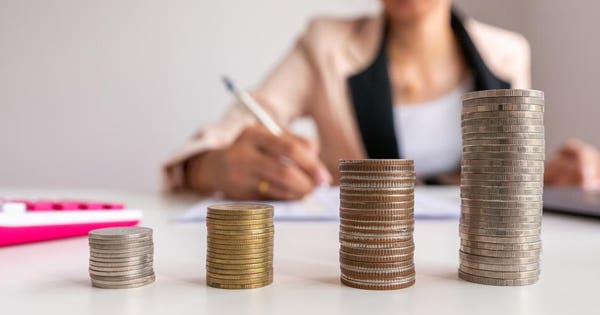 As someone who recommends real estate investment trusts, or REITs, I’m clearly a fan of slow but steady stocks. It’s hard to come to any other conclusion considering how these companies are designed to be safe and stable entities.

While there are some that try to play it fast and loose – burning themselves and their investors in the process – most REITs are overall reliable. They’re overall well-managed. And they overall pay out decent dividends.

That last quality gives investors their choice between keeping that additional income or reinvesting the money back into their positions.

Those are the good sides to real estate investment trusts. The downside, you could say, is that they’re not exactly going to make you rich overnight.

Unlike certain sectors or startups, there’s no chance that you go to bed with a comfortable retirement portfolio on your hands… then wake up the next morning with enough money to live like a king.

Personally, I’m okay with that. Because the kind of stocks that go from little to lots quite so quickly? Those are one in a million.

Okay. It might not be exactly that bad, I admit. But we’re still not talking about odds I want to mess around with as a general rule. Slow and steady is a much better bet overall.

With that established, please don’t get me wrong. I’m not going to object if my traditionally slow and steady stocks manage to see a 21% gain.

That sounds more than acceptable to me.

One of These Things Is Not Like the Others

That’s why you’ll have to forgive me while I take a minute or two to brag about one of my Forbes Real Estate Investor portfolios.

In order to see how impressive a five-month 21% gain really is, let’s do some comparing and contrasting. Because while there are certainly stocks out there that are up more than that, it’s not the norm right now.

The general markets are doing well, to be sure. Just not quite that well.

If this was a race, it would be fair to say that our set of stocks are leaving the others in the dust. As things are now, those indexes are all just competing for second place.

Now, this is where I tell you that this is a small-cap portfolio I’m talking about.

Which means that, for many of you, this is where you tell me something along the lines of, “Oh. Well, that makes sense. The best small-cap stocks always outperform most large-cap stocks.”

Except that, believe it or not, they don’t. Not according to the figures we’ve shown above. The small-cap-packed Russell 2000, after all, is only up 10.6% in 2019. Whereas the large-cap-packed S&P 500 is up a solid two extra points percentage-wise.

And that’s not “just a fluke,” as our next segment will prove.

There’s a table available on PensionPartners.com that compares the two indexes between 1979 and 2015. And what it shows is very interesting.

While the Russell 2000 came out ahead 21 out of 37 times during that period… showing higher gains than its big-cap brother – the final gains did not precisely fall in its favor.

The difference in ultimate price percentages is minimal, I know. But it’s still drastically different from the common small-cap perception too many investors run with.

Therefore, you can go right back to being impressed with our portfolio’s 21% gain year-to-date. It deserves it and then some.

Besides, even if somehow, someway, such “little guy” companies always did manage to pull out ahead?

Well, ours are still beating the rest of that bunch by a mile. Or two.

Enough with the data and proving my point though. Let’s get to the picks themselves.

What are these singular stocks, and are they still worth getting into right now?

I own shares on HASI, LMRK, and CTT.