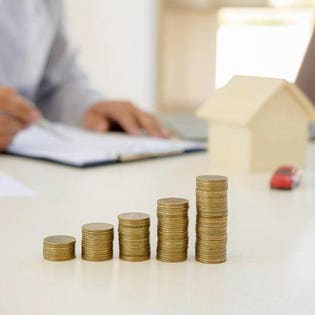 International trade has been quite volatile lately, with the Trump administration sparking tit-for-tat trade wars with our major trading partners, including China and Canada. The uncertainty associated with real and potential trade wars is having an effect on our economy. While tariffs’ relationship to real estate is not apparent, the impact on commercial real estate (CRE) is real. Here are four ways that the trade wars have impacted CRE markets across the United States, and how the industry can address them.

To understand the trade war’s impact, start with the 2014 surge in Chinese nationals buying U.S. real estate. That year, our D.C. metro area market saw an uptick of Sino investors after Beijing relaxed the rules for international investment as part of the “One Belt, One Road” strategy, aimed at increasing Chinese influence in global and regional trade. Part of this strategy included rapidly expanding overseas investment in manufacturing, technology and real estate.

This buying spree accelerated in 2015 when Beijing devalued the yuan nearly 4% to the dollar. Rattled investors poured money into the safety of the U.S. market. By 2016, Chinese purchases in the United States rose to $46 billion. Mainland buyers quickly supplanted Canadians as the top foreign purchasers of CRE assets in our region and across the country.

Enter the Trump administration’s aggressive trade stance. After campaigning on tariffs, President Trump ordered an investigation into Chinese trade policies. Several major deals involving Chinese investors were cancelled due to Committee on Foreign Investment in the United States (CFIUS) concerns. This trade war alarmed China’s central bank, and to contend with slowing growth, it put the brakes on international capital outflows. The trade war between the U.S. and China continues to fluctuate, but the pullback of Chinese investors endures. In the first half of 2018 alone, Chinese investment in the U.S. plunged 90%.

This pullback presents an opportunity for those of us in the business of private lending, since funding is scarcer. In our market, we track segments where Chinese investors were active a couple of years ago, and then benchmark them to projects being originated today that are likely to need capital. This creates more productive deal flow and increases ability to make a difference in deals that might otherwise founder.

2. Chinese sell-off is depressing prices for some classes of CRE.

Not just new investment is affected by the trade wars; Beijing has mandated institutionals to sell off asset portfolios. Anbang’s Strategic Hotels portfolio was placed for sale just two years after acquiring it for $5.5 billion. For sectors like office buildings, excess supply is depressing absorption rates, increasing vacancies and competition for tenants and squeezing rent growth.

Although our economy is roaring behind macro factors and the 2018 corporate tax cuts, we do see an increasing number of CRE deals struggling with funding due to the conditions aggravated by inventory oversupply. In many cases, the borrower must bring more equity to the table. Since private lending is designed for shorter timeframes, I advise office or multifamily borrowers to refinance with a bank after construction is complete, rather than relying on leasing income or sales to service or retire debt.

3. Prices are climbing for steel, lumber and other construction materials.

The administration’s first big tariff hit all importers to the U.S. with a 25% tariff on steel and 10% on aluminum. Further duties were levied against Canada’s lumber industry. Initially, these caused material shortages since much of the construction industry relied on international suppliers. Domestic producers stepped up, but the result was a spike in prices and volatility. In January, material prices for multifamily construction were up 3.3% over the same month a year ago, according the Bureau of Labor Statistics, more than double the inflation rate. Steel saw one of the biggest climbs, with producer prices up 19%. Lumber prices have been highly volatile in this environment, making it difficult to accurately estimate new projects.

I encourage borrowers to be highly transparent with their clients and partners about the volatility of material prices. Contingency clauses negotiated at the start can spread the risk among all parties. When some material prices come down — for example, lumber retreated recently from first-quarter highs — savings can be recouped among the group. But when materials prices climb, everyone in the contract should share the burden.

4. Disruption in materials (and labor) are causing construction delays.

It’s not just material costs rising due to trade wars; the duration of new CRE projects is also increasing. Multifamily industry experts cite an average delay of around five months for projects that usually take about two years to complete. This is primarily due to the tight labor market, but a secondary factor is longer lead times for materials. Many projects slated to open in 2018 were delayed to 2019, so apartment vacancy rates rose more slowly than anticipated in markets like ours, while rents, especially for Class A apartments, continued to climb.

Because the delays increase overall risks, there’s been a significant decline in new CRE starts despite a strong economy and low interest rates. One analysis found that last year, hotel/motel groundbreakings were down 39% compared to 2017, while retail starts were down 47% and office buildings down 75%. For nonbank lenders, it’s a double-edged sword: On the one hand, more deals come our way due to the difficulty of securing financing; but on the other, not all borrowers are going to survive unforeseen project delays. This makes it all the more important for private lenders to stay on top of the collateral value in the downside cases.

We don’t always think of CRE projects as being subject to global trade, but today’s economy is complex. Much negotiation is needed before peace will come to these trade wars, and given the political environment, it’s safe to assume the volatility will continue. Naturally with this volatility comes opportunities and risks that lenders and borrowers alike had best keep in mind as they venture into new CRE projects.