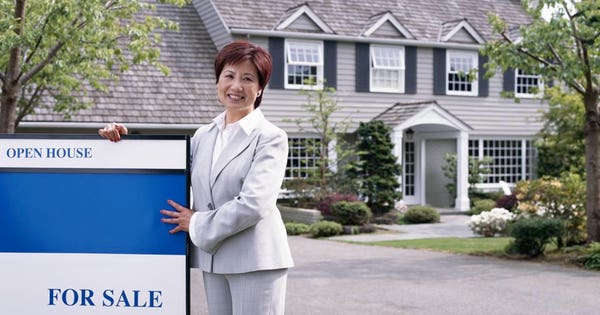 Woman have been selling houses for some time, but are just beginning to occupy seats at the top levels of the profession.

Just think: when the National Association of Realtors (NAR) was founded in 1908, its membership was entirely male. The first woman joined NAR in 1910, but women struggled for the next half century to serve on real estate boards.

Today, the majority of realtors—63 percent—are women, according to the NAR 2017 Member Profile.

“For women, real estate is often a second career,” says Cindy Scholz, a broker with Compass Real Estate in Manhattan. “Most entered real estate because it afforded them flexibility, the ability to manage their own careers and, not least, the ability to double their income in the first year.”

Women may dominate the industry numerically, but they are still in the minority in the lucrative world of commercial real estate and at the CEO level of real estate and land use organizations. As recently as 2017, only 12 percent of respondents to a NAR survey were in president, CEO, executive director or similar roles. Of the female CEOs, only 7 percent led companies with more than 100 employees.

That is beginning to change.

“At Compass, 50% of the agents are female,” says Scholz. “What is more telling is that 50% of the executive team is female.”

“I became a licensed real estate salesperson at 25, and as a young woman in business, it could be difficult to get people to take me seriously,” she says. “However, I have found it can be even more difficult to give myself credit. I have heard similar rhetoric from prominent, intelligent, seemingly confident women across many industries.”

Compass agent Maria Ryan of Brooklyn says, “For me, it was important to learn to self promote. When marketing is done so that you stay true to yourself and remain authentic, your business grows organically.”

Cindy Scholz has founded a “Women of Compass” initiative that, in her words, “Highlights women, both internally and externally. We have speakers, all of whom are women. But the attendance at those meetings are half men, half women.”

For women who can negotiate these choppy waters, the payoff can be substantial. Judi Citron of Palo Alto, California, entered real estate at the end of 2009, when the market was down. In 2018, she represented over 50 transactions with over $235 million in sales volume and was ranked the #20 agent nationally by the Wall Street Journal’s RealTrends in 2018.

This is the wave of the future, says Scholz.

“Of first-time homebuyers, only seven percent are single men,” she says. “17% are single women. Women now control their own finances. We, as realtors, show women how to grow their wealth.”