Is Co-Living 2.0 The Next Big Thing In Residential Real Estate? 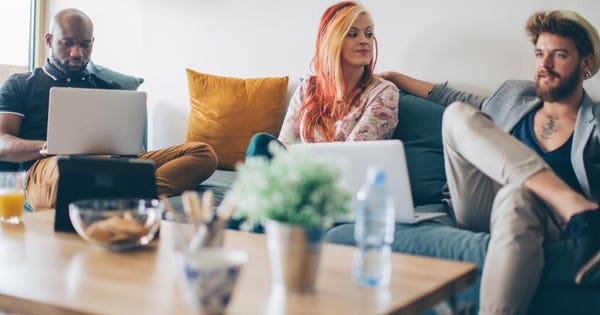 You all know the old saying, “home is where the heart is.” Increasingly, urban residents have been looking for places that foster a sense of community, as well as providing great accommodation. It is a well-known fact that people have a growing sense of isolation in our ever more connected world, something that has been highlighted with the heightened attention to mental health issues in recent years.

It was this desire for a sense of community, alongside increasing levels of unaffordability in cities, that spawned the first wave of ‘co-living’ concepts. “Co-living 1.0” seeks to bridge the gap for university leavers, with micro-spaces, shared kitchens and large communal areas. This product also works well for remote workers looking for temporary short-term accommodation or for a place to sleep in a few nights a week when they are in town for work. Though addressing a real need, co-living 1.0 remains very much a niche product.

New co-living propositions have been hitting the market recently, targeting a slightly older demographic that desires a strong sense of community and a curated offering, but also wants significantly more living space than that afforded by micro-living products. They value their privacy, care about what they are sharing and whom with. This is “co-living 2.0”, which might just be the next big thing in residential real estate.

Anil Khera, Founder and CEO of Node, is a pioneer of the co-living 2.0 model. Node is a global co-living company that creates urban rental apartment communities in creative capital cities around the world. Node’s “curated co-living” concept delivers compact, efficiently designed apartments which have their own private kitchen and living areas. The interior design is customized to be unique to each unit (Node even collaborates with local artists to create art for single units), and the neighbors are a group of creative and sophisticated peers to connect with.

As Khera puts it, “Few people want to spend over $/€1,000/month, live in 100 square feet and share a kitchen with 10 other people. There has to be a co-living model that embraces communal living and the sharing economy, but with slightly larger private spaces for sustainable independent living too.”

Node’s target market is older and richer than that for co-living 1.0. Residents are typically in their late twenties and early thirties, are single or married but don’t have children, and each individual earns on average $70 thousand per year. There is a strong female demographic in Node’s buildings, and residents tend to have just moved to that city. They are looking for a place that feels like a home, which is private and fosters a sense of security whilst also being inclusive.

Khera believes that this new format could bridge the gap between co-living and multifamily/PRS, creating an entirely new market segment that will attract creative types, entrepreneurs, freelancers and professionals who are not quite “digital nomads” but are rather “global citizens”, These people may have three cities they call home for the next five to ten years and will move back and forth for medium-term stays of one to three years at a time, with shorter term visits in between. At present, there is no real way of creating continuity in terms of a community for these people, which can lead to feelings of loneliness and isolation.

Node’s vision is to create a truly global network of buildings, which will allow residents to keep a foot in the communities they no longer live in, or don’t yet live in. They will have their main home city but can benefit from short term stays in Node buildings in places they travel to. According to Khera, “As people move around globally, there is a growing need and desire for a global community – a group of friends, peers and even mentors that live and move around the world. Restarting community life every time one moves is highly disruptive and so the rise of a global community can help tackle issues of loneliness and isolation for globally mobile people.”

Central to this offering is “Node connect”- a platform to connect with the wider community, including non-residents. Residents’ lounges double as event spaces and pop up coworking areas. Node is also launching a global residents’ app, the first of its kind. This will encompass everything from access control to deliveries, from the resident application process, through maintenance, to payments, as well as governing internal messaging groups which are tiered for the global or local community. The Node app will give residents and members to access to node’s communal spaces globally and will help them connect with other people in the space and around the globe. Khera believes that the only way to build a truly global community is through tech, telling me that “The concept of being able to call multiple cities “home” can be fostered through technology that connects our Node residents worldwide.”

Node recently launched their latest development in Dublin, to great fanfare, and with great success. They are steadily scaling the business, all in the name of building a truly global network for their residents. They are very much at the forefront of the co-living 2.0 movement and, though their success to date is deeply encouraging, only time will tell if this is yet another niche play or the beginning of a revolutionary market shift. I suspect the latter.