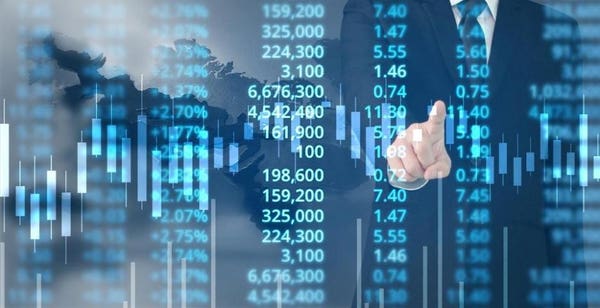 Everyone knows the saying “hard as a rock.”

It means exceptionally tough. Strong. Impenetrable even, or at least impenetrable without the application of significant and well-applied force.

There isn’t a single rock out there that can’t be blown up with the right amount of detonated dynamite or other volatile explosion. Yet most rocks go through life never seeing such danger. Minding their own business, they get the job done.

With “the job” being to endure as hard as a rock.

That’s the same kind of mission I look for in the portfolio picks I investigate and the real estate investment trusts I recommend. And just like a rock has certain noticeable characteristics, there are specific aspects about a well-placed REIT that you simply know when you see.

The same can’t be said about identifying a strong investment. Not with that kind of extreme certainty. You may have a gut feeling about the stocks and bonds you invest in, and those gut feelings may literally pay off more often than not.

But that doesn’t mean you shouldn’t “pick it up,” turn it over, and inspect it up close and personal to make sure it’s not a weak investment masquerading as a strong investment.

For your own financial sake, you need to prove it’s as strong as a rock. And when it comes to REITs in particular, here’s how to do it…

Ways to Watch a REIT

The first sign of a strong-as-a-rock REIT is a business entity that can grow its dividend in good times and bad. It has the scale and cost of capital to back that dividend up, and it knows how to apply its assets to emphasize those facts.

How do you know it’s got that kind of durability? That would be by studying its financials as thoroughly as possible and analyzing its dividend track record.

I can’t cover all the ways to assess a REIT in a mere article. It would take a book to fit that amount of work (which, incidentally, is available. Get your copy of The Intelligent REIT Investor today).

But here are two that I can and will share with you right here and now.

For one, you’ll want to look at its funds from operations, or FFO. Because of how REITs work, earnings per share just don’t provide the kind of all-around picture you need. That’s why it’s important to consider this calculation instead:

For the record, you don’t necessarily have to dig for all those variables on your own. FFO is the kind of figure every REIT is going to report on its own in some form or another. And by “another,” I mean AFFO, which is short for “adjusted funds from operations.”

AFFO is actually a more precise measurement when analyzing REITs, since it factors in GAAP (generally accepted accounting principles) rules and recurring capitalized expenditures – the kind of expenses that are bound to come around more than once but not on a neat and orderly schedule.

If a REIT isn’t reporting AFFO on its publicly disclosed balance sheets, you can find it yourself through this equation:

That’s a general calculation courtesy of Investopedia, though it should be noted that different companies do tweak that calculation depending on their particular situations.

Regardless, if FFO or AFFO is growing over the long term, that’s a very good sign.

You might also want to look at a REIT’s credit rating from Moody’s, Standard and Poor’s and/or Fitch. When any of these entities issue a rating, it’s based on a careful analysis of a company’s debt to answer the question, “How risky is it?”

As I’ve noted many times before, a credit rating isn’t a perfect measurement of future performance. Nothing ever is. But when you combine it with your analysis of a REIT’s dividend payout track record and its FFO or AFFO, you’re standing on a pretty solid rock.

As the quintessential REIT guru at Forbes, I take pride in carefully screening for the best REITs to BUY (and Sell). A few of my top BUYs today include Ventas, Inc. (VTR), Physicians Realty (DOC), and Iron Mountain (IRM). We have recommended these names because they are representative of durable dividends and valuation.

Dividend safety is paramount to our REIT research and these three REITs have proven dividend growth attributes and are considered highly defensive based upon their dividend strength rating. In addition, shares for these three REITs aren’t expensive and we believe there’s an adequate margin of safety (never overpay).

I own shares in IRM, VTR, and DOC.