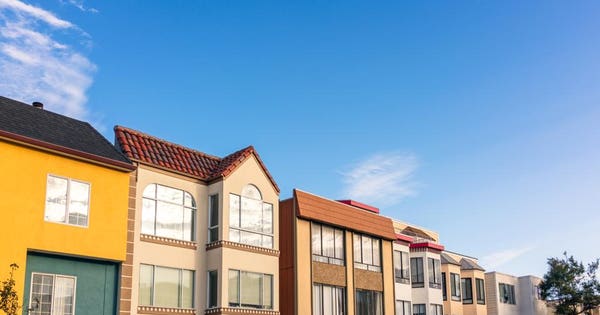 A street of houses in San Francisco, California.Getty

How a flurry of long-awaited tech IPOs will impact the Bay Area’s residential real estate market is something Realtors, potential home buyers and sellers alike have been mulling over for months.

Last week, San Francisco-based ride-hailing startup Lyft finally filed to go public – the first of what is expected to be a number of area startups (such as Uber, Slack, and Pinterest) that could be making the leap from the private market this year. To understand what this means for those living and working in the Bay Area, I talked to a couple of people in the real estate industry to get their thoughts. The short answer: the IPOs will almost certainly impact inventory and pricing.

Let me first give you some context. The IPOs come at a pivotal time for the Bay Area housing market, which for years has been known to be among the most expensive and competitive in the country. Recently, though, the tide has shifted slightly.

On March 1, the Silicon Valley Business Journal reported that in January, home sales in Santa Clara County and the wider Bay Area saw a big drop in what that publication described as “a sharp downturn that accelerated a trend that had developed over the previous eight months.” Specifically, sale volume in the nine-county Bay Area totaled 3,857 units, according to CoreLogic. This was the lowest number of sales that the region has seen in 11 years and nearly 28% below December 2018 levels.

Jeff Tucker, an economist with Zillow, told me that inventory was up in both the San Francisco and San Jose metro areas in January, by 43% and 25% year-over-year, respectively.

“The fall of 2017 and winter of 2018 saw rock bottom inventory for the area, though, so it’s hard to imagine they would get any lower,” he says. “So it’s important to note that inventory bounced back from a very low level. Still, all the inventory in the market is finally providing some relief to home buyers throughout the Bay Area.”

But that relief may be short-lived with all these tech companies potentially going public this year. The IPOs may also put a halt to the modest slowdowns in price increases seen in some parts of the market as of late.

“More inventory is great news for buyers, so the slowing down from astronomical price growth and price levels is welcome,” Tucker added. “While it hasn’t suddenly become affordable for a typical person to buy a home in the Bay Area, it seems the tide has started turning a bit. There are now more houses to consider before making an offer and less competition on any given home.”

However, he warns, that the IPOs will undoubtedly give early employees of the going-public tech companies the cash to potentially use as a down payment. Lock-up periods vary from company to company, but most don’t last for more than one year.

Tucker projects that six to nine months after a company IPOs, the Bay Area will see “a lot more buyers in the market,” potentially numbering in the thousands.

“A big fraction of those don’t yet own homes, so it’s like a switch getting flipped all of a sudden,” he says, similar to what happened in the Menlo Park area in 2012 when Facebook went public. For example, home values where Facebook employees lived grew 20.9% between March 2012 and March 2013, compared with 16.8% for the rest of the Bay Area, according to Zillow’s tracking of Census data. That translated to a $29,800 difference in appreciation in that first year after Facebook went public.

“While I don’t have a crystal ball, my gut feeling is that new IPOs could pull inventory down a bit,” Tucker says. “Maybe not to how low it was a year ago, but it will stop the upward climb we’ve seen and eat up a lot of the extra inventory we have online.”

He also projects that they will put a halt to the modest slide in home prices the region is seeing.

Alex Comsa, a Realtor with Coldwell Banker Palo Alto, agrees that the upcoming tech IPOs will result in a massive injection of liquid cash into the Bay Area in 2019.

“A few of my clients are actually waiting for these IPOs to take place so they can either buy their first house or eventually upgrade their current residence,” he says.

In particular, the IPOs will have what Comsa describes as “a huge effect” on the high-end market, which should trickle down to the lower end. He also believes the tech IPOs effect will last for the next few years, since many employees had just joined the said startups over the past couple of years, and their stocks may take some time to vest. But that’s not such a bad thing, according to Comsa.

In recent years, the Bay Area’s high-end housing market has been fueled by all-cash buyers, mainly from China, according to Comsa.

“With the current rules of getting money out of China being so strict, it had a huge effect on our local high-end segment in 2018,” he says. “However, I believe these tech IPOs may replace the infusion of the Chinese capital we experienced over the last few years.”