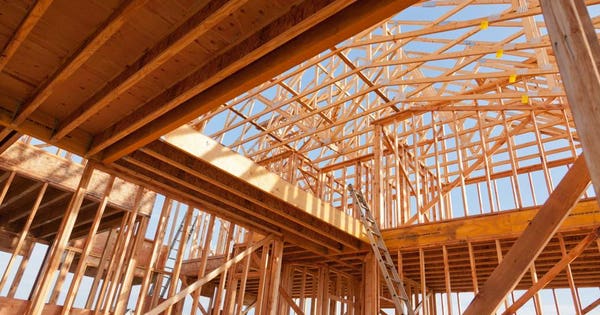 Is the homebuilding industry’s glass half-full, or half-empty?  Lately, it seems like it depends upon the day…or the month.

The National Association of Homebuilders/Wells Fargo Housing Market Index (HMI) shows that most homebuilders are confident overall, and much more sanguine than during the government shutdown, but that they are much less confident in future home sales than they were one year ago. The HMI numbers gyrated wildly in recent months, in the wake of the shutdown, but the principal trend for the past year has been steady decline.

This decline in confidence reflects growing concern among builders about supply-side issues like land and labor, but also demand drivers like consumer confidence and the prospect of rising mortgage rates.

The latest data show that home affordability is hovering at a 10-year low. As mortgage rates trend higher over time (a “when,” not an “if”), affordability problems stemming from higher monthly payments will intensify greatly.

The coming increase in mortgage rates will have an additional negative effect: it will tend to reduce turnover in the housing market. Take the case of a homeowner who has a 3% fixed rate on their current home. After mortgage rates get up to 5.5%, if that person decides to move, even if they buy a home that is valued about the same as their current home, their monthly payment could be 26% higher. A homeowner selling and then buying a $300,000 home could see their monthly payment increase by $410.

Here is the comparison:

Such a change in mortgage interest is likely to induce some would-be home buyers to stay put and make modifications to the house they already own, if they can make that house work for them.  Some home shoppers have to move because their job is in another city, or for other essential and unavoidable reasons, but the majority are making a discretionary move.  Some of those householders will find it financially difficult to move once rates have moved higher.

Builders are caught between a rock and hard place these days – the rock being the high price of land and lots, and the hard place being consumers’ limited ability to pay higher and higher prices for homes. The problem stems from the low supply (and therefore the high price) of developed lots in locations where the builders want to build. Lot development has not kept up with the need for buildable lots, particularly for builders who would like to build in a price range that middle-class people can afford.

Homebuilders are reporting very high levels of confidence these days, but they simultaneously say that lot prices are a major issue for them, as are materials (such as lumber) and labor costs. Most of these higher costs get passed on to home buyers. The high cost of homebuilding land has most heavily impacted the segment of housing priced less than $300,000, the price range that has the largest amount of under-served demand.

“Lots” to Talk About…

Builders are realizing that they can’t readily buy developed lots in what they call “A” locations anymore, and the slightly less favorable “B” locations are getting scarce and expensive too. Lots in these premium locations are now priced higher than they were at the peak of the boom in many parts of the country. Of course, today’s “C” location will be tomorrow’s “B,” and that is where most builders and land developers are preparing to go next. These locations don’t yet have all the retail stores that one might wish to have nearby, nor the best-rated schools, but they are acceptable areas, and, more importantly, they are far more affordable. As mortgage rates go higher, the industry will move farther away from the urban core, and will also increasingly build on smaller lots and in attached-home configurations like townhomes.

The monthly data report on housing construction (“housing starts”) was originally scheduled to be released today, which might have provided some additional visibility into this “half glass,” but was delayed due to the government shutdown. We should all watch for those numbers when they get updated, as home construction has historically been one of the most important leading indicators for the economy.