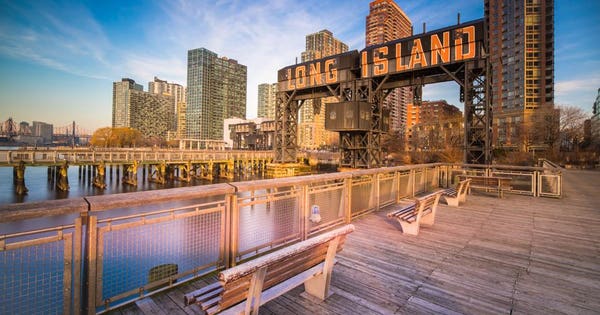 Real estate agents who work in Long Island City were unsurprisingly disappointed by Amazon’s decision to cancel their order for a new headquarters amid political and community pressure but think that the market there can weather the setback.

“We just literally threw out the baby with the bathwater,” says Jason Haber, an agent with Warburg Realty who is working on several deals in the area. “One of the reasons NYC exploded in growth 100 years ago is that it became a hub of innovation, manufacturing and industry. Can you imagine if NYC shunned Standard Oil when they moved from Ohio to Manhattan? Standard Oil brought with them jobs, and they stayed here for a century. That’s how you make a city great – when the Rockefellers and the Carnegies and Bezos of the world bring their businesses to our shores.”

Constantine Valhouli, cofounder of real estate data firm NeighborhoodX, took a more contrarian view of the decision, saying that Amazon’s second headquarters was never going to be as “transformative” for New York as it would have for another, second-tier city.

“Amazon’s decision to bring HQ2 to New York City added one more corporate headquarters to a city already full of them,” Valhouli says.

Valhouli also believes that the $3 billion in tax breaks and corporate subsidies that Amazon was offered “may be better used elsewhere.”

“New York City’s leaders were rightly looking to expand beyond finance and media as anchors for the employment base, and technology is a logical next step,” Valhouli says. “However, other major firms are building or exploring new campuses. The downside is that the city has already demonstrated a willingness to offer $3 billion of subsidies, so it may be difficult to back down from that offer without losing face. If anything, this is a chance for New York City to rethink its approach to soliciting new headquarters.”

Haber agreed that while there were legitimate concerns about the incentives the city was offering Amazon, they should have handled them “behind closed doors.”

Mary Hall Mayer, another Warburg Realty agent, wonders whether this is really Amazon’s final decision, or a public relations ploy. However, she feels that the decision may not hold.

“Amazon may be trying to see if they can turn sentiment around in addition to any final points still being ironed out with the city and state,” Mayer says.

While the news last November of Amazon’s HQ2 coming to Queens gave the neighborhood a momentary boost and led some people to invest, development there has long been under way.

Haber says that while the fate of the transactions he’s working on in Long Island City are unknown, he doesn’t believe the collapse of the Amazon HQ2 deal will make a big dent.

“The good news is that the underlying strength of LIC – the reason Amazon wanted to come there in the first place – is still there and is there for other companies to capture,” Haber says.

In fact, Valhouli believes this is an excellent opportunity for the city to court other, less high-profile tech companies.

“Amazon’s bid process greatly raised the profile of Long Island City, and their withdrawal just created an opportunity for another firm to sweep in, take the space with fewer incentives and emerge as a public relations hero,” Valhouli says.