If you’re looking for love, these neighborhoods can boost your odds.

Finding love is all about looking in the right place—and it doesn’t hurt to live in the right place, either. Your neighborhood can have a lot to do with the depth of your dating pool. If your current one is a bit shallow, we’ve got a solution. Our research team used Census data to find the neighborhoods where single men outnumbered single women, and vice versa—in other words, places where you can live to increase your odds of finding love. If you’re single, settling down in one of these neighborhoods might just get you closer to finding “the one.” We even swiped right for you and found homes that are for sale right now in each of them. 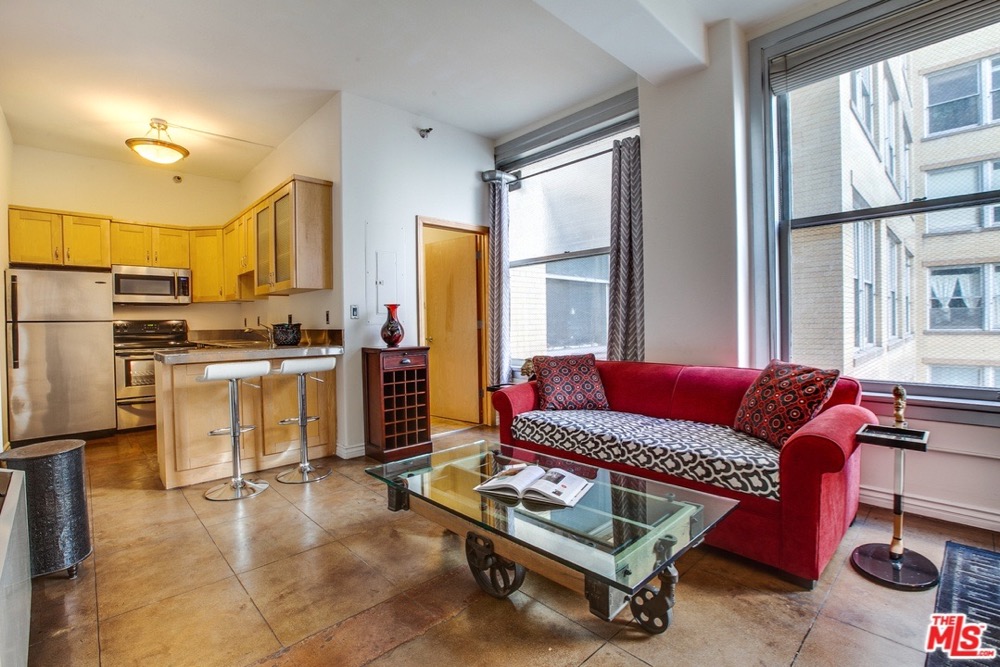 This studio is chic all by itself, but wait until you see the rooftop lounge. See more photos here.

In a city with legendary traffic jams, it’s important to live near your future dates—and dating spots. Downtown (also abbreviated as DTLA) is a great place for singles in LA because you won’t have to leave the neighborhood to find something cool to do. There’s a bar on every block, a theater or venue in walking distance, and the stores run the gamut, from essentials (Whole Foods) to the unique (The Last Bookstore, where you’ll find vinyl and old books in a former bank, vault and all). Locals say there’s always an event going on somewhere, like at the local park, Pershing Square, which hosts comedy performances and outdoor film screenings.

Just two blocks from Pershing Square, this studio condo is in the 1911 Bartlett Building. The interior includes hints of its past—the front door is straight from an old-timey office—but it has plenty of modern upgrades, like stainless steel appliances. And check out those big windows. 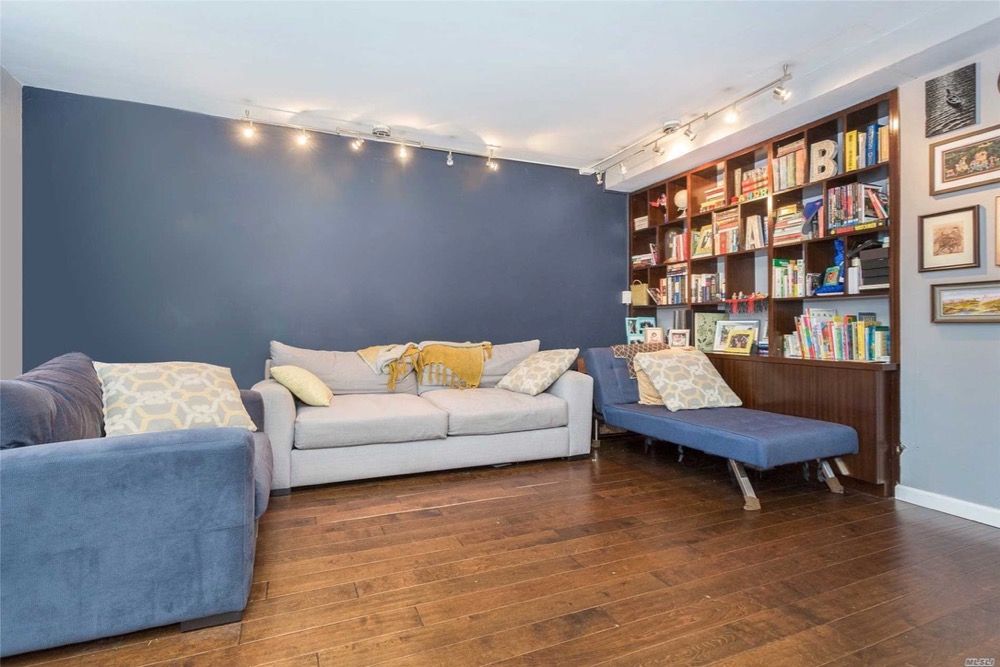 Singles flock to New York City for plenty of reasons. But Astoria is one of those neighborhoods that gives you a little extra for the price. Think of it as NYC in miniature: There’s a great museum (The Museum of the Moving Image, a must-visit for cinema fans), lots of bars and restaurants serving basically every type of cuisine imaginable, and the unmistakable energy of city life. It’s a five-minute walk to everything, including the subway, which gets you to Manhattan in 15 minutes or less. You can also feel safe no matter the time of night, with 80 percent of respondents on What Locals Say, our collection of neighborhood reviews, noting the streets as well-lit, and 77 percent saying that they’d walk alone at night.

Did we also mention that you get way more space in Astoria? This two-bedroom, one-bathroom offers extras that are hard to find in NYC, like a walk-in closet, bedrooms large enough for a king-sized bed, and an eat-in kitchen. You’ll be the Queen of Queens. 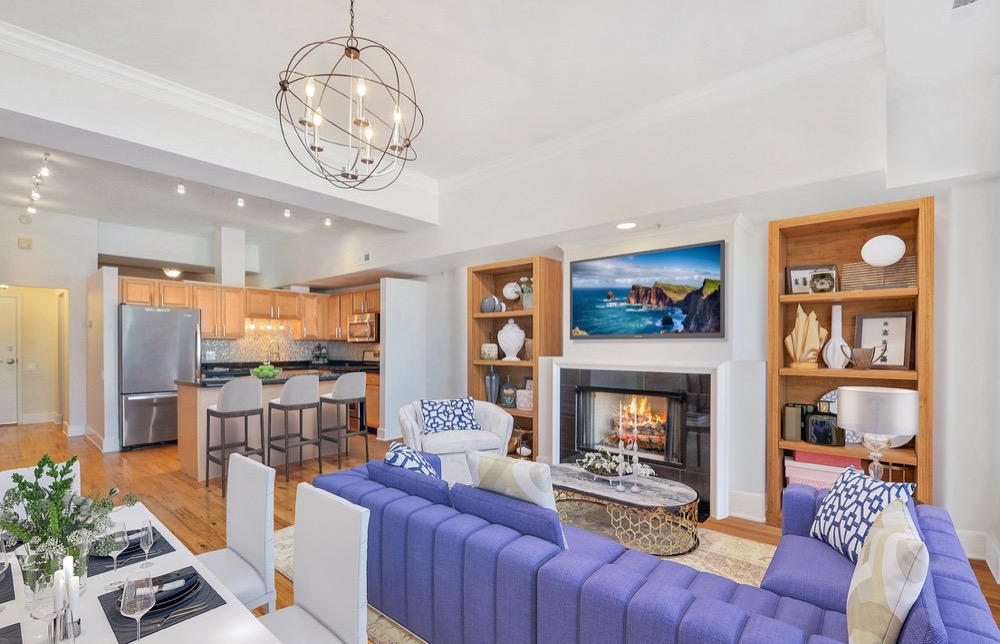 The city views from the large windows in this place are nothing short of spectacular. See more photos here.

A lengthy commute can strain romance, which is why it’s a plus for a would-be dater to live in a central neighborhood like West Loop Gate. You definitely won’t run out of options for going-out spots when you live here, with 81 percent of What Locals Say residents saying restaurants are within walking distance. It’s also a great place for your best wingman to live: 78 percent say West Loop Gate is dog-friendly. One local even has a recommendation for where to meet a potential new friend or flame: “Large and small dogs gather in the park on Adams and Desplaines to play. Very friendly dog owners who get to know each other very quickly.”

This open-concept, one-bedroom, one-bath condo makes a great home base in this busy neighborhood. At 1,100 square feet, there’s plenty of space for when your going-out phase turns into a staying-in relationship. And the fireplace definitely brings a romantic vibe.

As the name suggests, the Astrodome Area neighborhood of Houston is indeed close to the stadium. (Though the name has long ago changed to NRG Stadium.) Being within walking distance is a perk for sports fans, but it’s worth noting that you won’t feel like you’re living at a year-round tailgate. Though streets are a little busier depending on game day, trees and sidewalks make it feel like a normal neighborhood. While restaurants tend to be more of the take-out variety, I-610 and Highway 288 get you wherever you want to go.

The neighborhood is also filled with plenty of people to meet thanks to the abundance of apartment and townhouse communities—like David Square, where you’ll find this three-bedroom, three-bathroom home. With details like hardwood floors, quartz countertops, and stainless appliances, it makes a great impression on a date.

On the Upper East Side, your neighbors are moguls and millionaires—and the area has plenty of refined restaurants, bars, and shops to appeal to them. But you don’t need a bottomless wallet to live here. Affordable homes do exist, and there are plenty of down-to-earth attractions, like diners, delis, and, of course, Central Park. It’s also a safe spot: 85 percent of Trulia locals say that streets are well-lit, and 82 percent would walk alone at night. One resident mentions that it’s also a good a place it is to start a family. Maybe just start with a daytime date to famed French patisserie Ladurée and take it from there.

This sunny studio gives you some nice amenities like a doorman, garage, bike room, and a common storage room. The large windows make the open alcove floor plan feel bigger. When the time comes to move in together, it’s also good to know that this building allows for sublets. 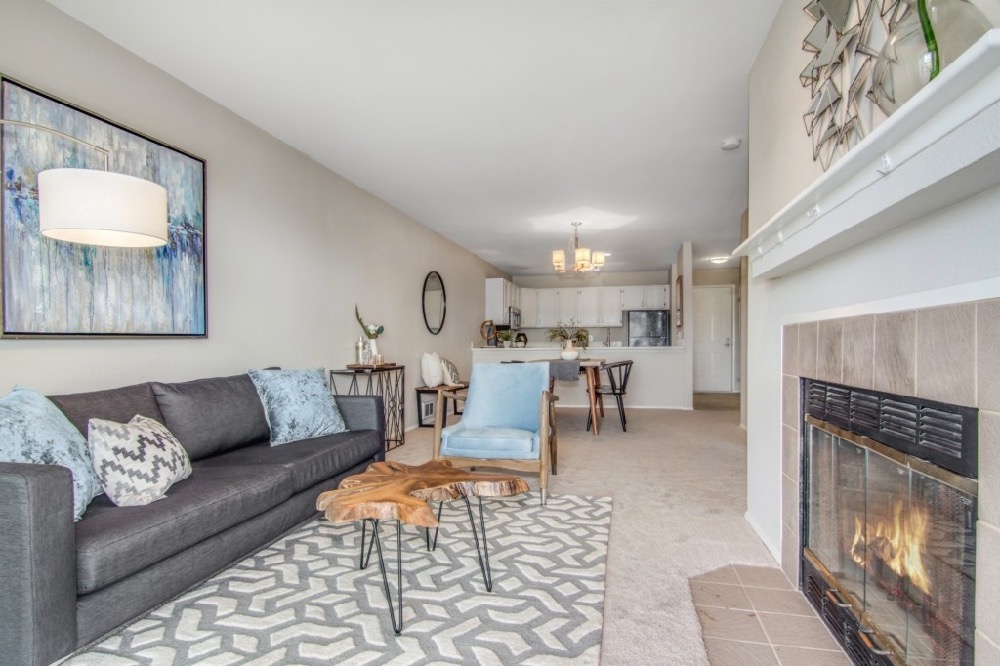 The outside of this modern Seattle building is as impressive as the inside. See more photos here.

If you want to live in Seattle without having to dodge tourists left and right, the West Queen Anne neighborhood is a good spot for you. Perhaps it’s a matter of geography: It’s very hilly here, and steep walks and day trippers don’t often go together. Here, there’s a homey vibe, but meeting people is easy. Most of your coffee shops and restaurants are on Queen Anne Ave North, so you know where you’ll find everyone in the neighborhood. It’s even easier to break the ice if you have a pup—97 percent of locals describe this area as dog-friendly.

The elevation of the area also leads to interesting views, particularly from this one-bedroom, one-bathroom condo. The western-facing deck looks out to Elliott Bay and beyond—a gorgeous sight to see, especially during sunsets. Inside, all-white decor makes this 773-square-foot home feel roomy.

Ready to find the home of your dreams in a neighborhood that could bring you closer to the person of your dreams? Start your search on Trulia.